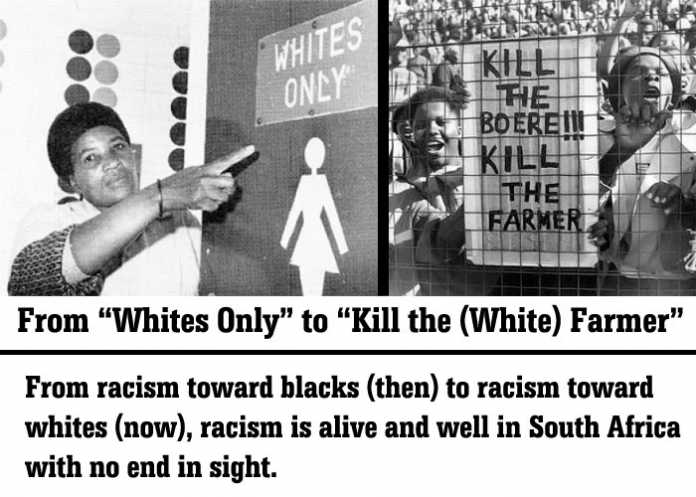 However, it’s one thing to rob someone of something. It’s quite another thing to break into a white farmer’s home, rape the wife (while forcing the husband/children to watch), beat and/or brutalize everyone, torture them, then finally kill them all. “Necklacing” is sometimes used during these “robberies” as well. This is when a tire filled with gasoline is placed around the victim’s neck, then lit on fire.

But in South Africa, the black government appears to be doing all it can to take guns away from white farmers. Disarmed people are not only unable to fight the government, but unable to fight intruders. Remember that, America.

The problem becomes larger when we understand that the South African police do not have a special category for farm murders. Beyond this, “On the police’s official website the page titled ‘Farm Attacks` under ‘Crime Prevention’ has been ‘under construction’ for months now, leaving the impression that the police do not regard this category of crime as a seriousness matter.”…..