Vlakfontein residents are protesting yet again. Protest action on the Golden Highway (R553). Residents are once again rebelling over service deliveries. It was not so long ago that these residents took to the streets and protested over electricity, housing and water. On June 14, 2016, individuals caused havoc on the roads and now have once again embarked on another protest. Their frustrations of being ignored are fueling violence again. The government ignores the call of the people who are annoyed that nothing is done to uplift communities.

South Africa has been under the heaviness of protests during the last few weeks, and the recent riots in Pretoria, that are not over demonstrates how desperate the people are. Some severe and minor protests are happening all over the country. The protests and riots often result in deaths, injuries, and looting. Damage to property and burning down infrastructure that will never be replaced. Most of these incidents and are not broadcast, due to the media blackout imposed by the government-controlled broadcasting corporation. 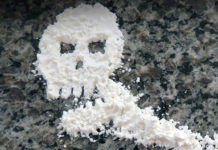