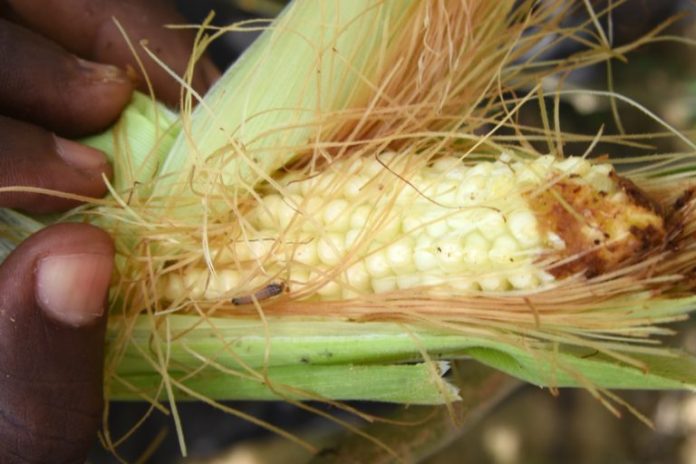 Since the arrival of the fall armyworm (Spodoptera frugiperda) caterpillar in West Africa in early 2016, true to its name, it has been marching quickly and mercilessly through the continent, eating maize (corn) along with sorghum, millet, and rice and causing billions of dollars in crop losses. It has now been confirmed or reported in every sub-Saharan African country and was recently found in southern India, beginning its likely spread into much of the Asian continent.

The time for eradication has long passed, and scientists, NGOs, and governments are now focused on control. For some, this means chemical pesticides, but these are expensive and many smallholders do not know how to safely apply the chemicals, making them a threat to human and environmental health, including the survival of other insects and their predators. Additionally, many farmers have said that even when they spray the pesticides, they are ineffective.

In order to better control the fall armyworm, maize farmers in Africa, most of whom are smallholders and grow the crop for their own consumption, need to learn how to identify the fall armyworm and its damage, a task that can trip up even trained extension agents.

Now, there’s an app for that. Early this year, the United Nations Food and Agriculture Organization (FAO) rolled out a phone app, the Fall Armyworm Monitoring and Early Warning System (FAMEWS), to help farmers and extension agents collect and record information when scouting fields and checking pheromone traps for fall armyworm. They will soon add on Nuru, a program that uses machine-learning to identify fall armyworm damage on maize leaves. Nuru, developed by Pennsylvania State University (Penn State) and the International Institute of Tropical Agriculture (IITA), is available from Plant Village and is currently downloadable on Android.

Nuru, which means “light” in Swahili, uses computer vision algorithms to identify fall armyworm damage. Developers show the program a set of labeled images and trained to identify what those images are. Then, when users show it new images that it has never seen before, it is able to put them into categories, meaning that the more often it is used, the smarter it gets. This means that as Nuru continues to be exposed to new maize leaves and see new damage, it quickly learns on its own to determine what damage comes from fall armyworm and what damage comes from other sources.

Both FAMEWS and the Nuru add-on also work offline, which is important in places, such as rural farmlands in Africa, where internet is not always guaranteed. Once the phone goes back online, the app pulls the data onto a shared network so FAO can map the whereabouts and spread of the fall armyworm.

“AI (Artificial Intelligence) offers the potential to get a single set of eyes to look at this problem,” said David Hughes, an entomologist from Penn State and the leader of the project that created Nuru, “but it’s really critical that we establish in a proper test that the ability of any AI tool is equal or comparable to human eyes.”

FAO plans to integrate Nuru for fall armyworm into its FAMEWS by the end of 2018. Developers are still working on this version of Nuru, and in fact, when it comes to programs that use machine-learning, the process is never complete, because it is always improving itself.

Nuru was originally developed for cassava, another important crop in Africa. Cassava suffers from two viral diseases, the cassava mosaic disease and cassava brown streak disease. It is also predated upon by red and green mites. Thus far, said Hughes, the app has proven able to identify cassava diseases as well as or better than humans. Nuru can also be used to identify some potato diseases.

Once Nuru is integrated into FAMEWS, it will help farmers and extension officers properly collect data. Protocol for assessing an area for fall armyworm infestation is to check 10 plants each in five different locations for a total of 50 plants. This is currently done by sight by extension agents.

“If that person is well-trained and knows exactly what he or she is doing, probably the quality of that data is quite good,” said Keith Cressman, FAO Senior Agricultural Officer who leads FAO’s digital response to fall armyworm and other pests. “But if we could harness the innovations of AI and machine-learning to improve these inspections, we could improve the quality of the data. Nuru offers an alternate method to see if that field is infested by FAW.”

On a practical level, farmers and extension agents will use Nuru by holding their phones over leaves, maize leaves mostly in the case of fall armyworm. Nuru will then guide users from plant to plant: “Are you at plant one? Hold phone in this position. Move to plant two,” and so on. If there is damage by the fall armyworm, the app will immediately put little orange boxes around the problematic areas and let the farmer know that they have fall armyworm damage.

The app will then offer the farmers more information about what measures they can take. And although all this can be done offline, once the phone is back online, it can send all this information into the larger mapping system and help farmers connect and share advice to collectively find solutions to their fall armyworm problems.

Developers also focused on making the app as user-friendly as possible in the field. When checking plants in a maize field, there can be difficult weather conditions, such as blowing leaves, strong winds, and rain. According to Hughes, Nuru tries to make it as easy as possible to use the app under these circumstances by being able to identify damage quickly without needing to be exposed for too long. It can count holes in a leaf in 600 milliseconds.

Both Hughes and Cressman stressed that the app’s computer vision capacity will improve as more people upload their photos and information to the system. Each new identification and photo help the algorithms learn to more efficiently identify plants damaged by fall armyworm.

Of course there are limitations to relying on phone technology. Pictures are helpful, but automated misidentification can still lead to mistakes. In addition, not every small farmer can afford a smartphone, or even a regular phone, meaning that they will need to find a fellow farmer with a phone who will share information or be less able to benefit from these developments.

Nuru has already been used for cassava and potato in 45 countries and is available in a number of languages including English, French, Khmer, Swahili, Twi, English, and Vietnamese. And it can add most new languages quickly if a user requests it, as long as that language has an ISO code, which most major languages do. However, smaller, more local or indigenous languages may not be so readily available.

Now that the fall armyworm has been found in India, the ability to add new languages will come in handy. Both Nuru and FAMEWS are already in Hindi “so they’re ready to be used yesterday in India,” Cressman said. And all of India’s 12 main languages have ISO codes. As the pest spreads throughout Asia, more languages will be added.

“One of the benefits of FAMEWS and Nuru is that there is practically no extra work required for it to be used in a new country where FAW is reported,” Cressman told Mongabay.

Although new technology can sometimes be a challenge for older populations, Hughes said that they conducted trials in western Kenya among farmers ages 40 to 67, who got on board with the app quickly. “The world has become very app-focused,” he said. “People have become very good at swiping their fingers across glass.” 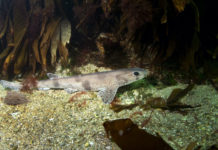 Sharks contaminated with plastic are ‘cause for concern’ 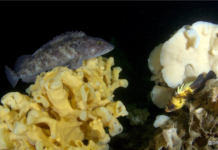 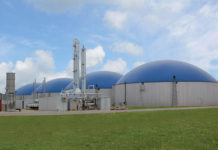 Biogas has to be the future of energy in the rural areas : NJ Ayuk