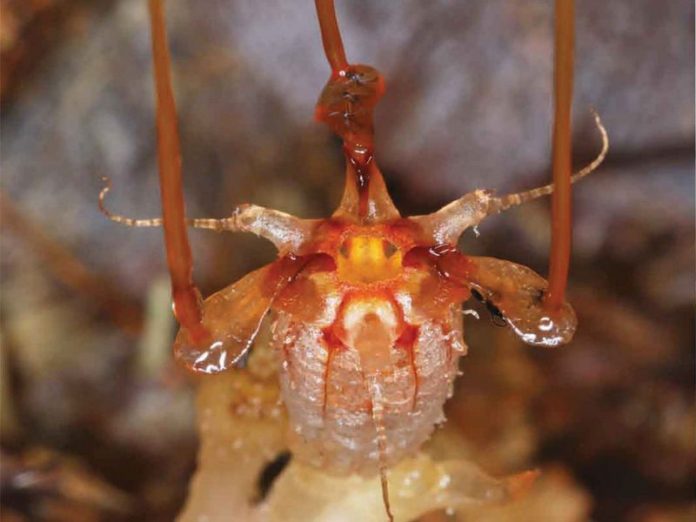 In 1866, the Italian botanist Odoardo Beccari chanced upon a peculiar plant in the rainforests of western Sarawak, in Malaysian Borneo, where he had set up camp. He made detailed sketches of the tiny plant, and many years later, formally described it as Thismia neptunis. There have been no records of the species in the scientific literature ever since.

But in January last year, a team of botanists spotted the plant again, 151 years after it was first recorded, in the same rainforest. The scientists also took what they believe are the first ever photographs of the species.

“To our knowledge, it is only the second finding of the species in total,” Michal Sochor of the Crop Research Institute in Olomouc, Czech Republic, and his colleagues wrote in a recent paper published in Phytotaxa. “Its original description is restricted to external appearance and so is the original drawing, otherwise very detailed. We therefore provide its amended description, inclusive internal characters, and very first photographic documentation of this iconic and, due to its peculiar appearance and also the name, almost mythical plant.”

Thismia neptunis is tiny, standing at just 9 centimeters (3.5 inches) when flowering. But the small size isn’t the only reason it’s easy to miss. The species belongs to a group of plants that spend most of their life underground. The only time the plants surface above ground is to flower a few weeks in a year. Sometimes, they don’t even bloom every year.

Their underground life makes them unlike other green plants. Thismia plants, dubbed fairy lanterns, are mycoheterotrophic, which means they lack leaves and chlorophyll and cannot photosynthesize. Instead, they parasitize fungi for their food supply.

Sochor and his team discovered Thismia neptunis on a mountain massif in present-day Kubah National Park in Sarawak. This area, the authors write, was Beccari’s favorite place during his stay in Sarawak, where “he spent many months in a forest hut on eastern flanks of the massif.”

Beccari later wrote in his book “Nelle foreste di Borneo” that the discovery of Thismia and other similar plants in the region was “a reward for his patient and careful search in places where the forest was thickest, the shade densest and the soil richest.”

Since Sochor’s team studied only two flowering individuals and one bud, they were unable to estimate the distribution of Thismia neptunis. However, the researchers believe the species is likely restricted to a small area of primary lowland rainforest in Sarawak, a habitat that is under immense threat. They also think there might be fewer than 50 individuals, qualifying the species as critically endangered on the IUCN Red List. 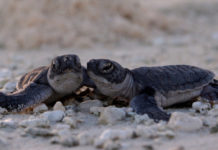 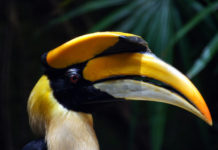