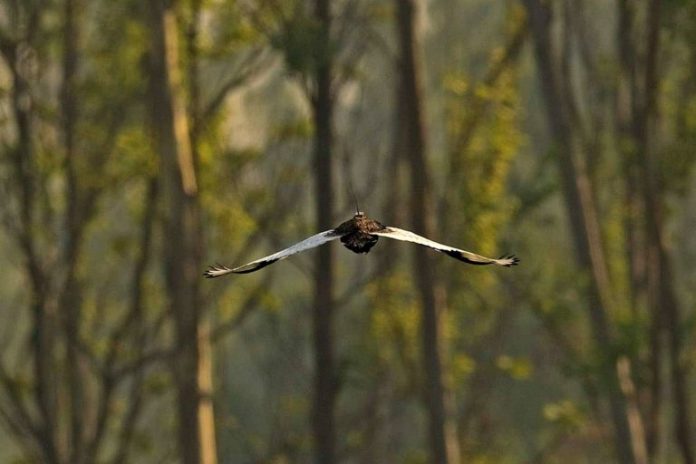 KATHMANDU, Nepal — As dawn peeks through the morning mist on an early spring day in Nepal’s Koshi Tappu Wildlife Reserve, a duck-sized bird flaps its wings and throws itself into the air as if it were jumping on a trampoline.

The critically endangered Bengal florican, known for the signature display of its males during the breeding season, can be spotted inside protected grasslands in Nepal and India from early spring until the monsoon sets in around June or July. After that, they vanish.

Until recently, the habits and habitat of the Bengal florican (Houbaropsis bengalensis) here in the Indian subcontinent remained a mystery, even for those who knew the bird.”I roamed the national parks for decades, but even I did not know where the Bengal floricans went after June/July,” said Narendra Man Babu Pradhan, former warden of Chitwan National Park in Nepal and co-author of a recent study of the birds in India and Nepal. When it’s not resbreeding season, he says, the birds “effectively disappear.”

The Bengal florican, a type of bustard, is a mysterious species in several ways. It occurs in two separate regions: one subspecies (H.b. blandini) lives in Cambodia’s seasonally flooded Tonle Sap region, and the other (H.b. bengalensis) lives in the alluvial grasslands of southern Nepal and northern India, called the Terai.

Individuals of the more extensively studied Cambodian subspecies leave their flooded breeding habitat during the non-breeding season for grassy and lightly wooded areas. But the grasslands of the Terai don’t flood for long periods during the monsoon. So why do the South Asian Bengal floricans leave the protected areas when it starts to rain?

The global Bengal florican population now stands at fewer than 1,000 individuals, and its elusive movements have hindered conservation managers’ understanding of its distribution and ability to develop appropriate conservation solutions. A group of scientists from India and Nepal, with support from the U.K.-government-funded Darwin Initiative, began studying the florican’s movements in 2012.

“We used a combination of field surveys, satellite telemetry and remote sensing to model the distribution and assess the movements, survival and home ranges,” said Rohit Jha, the study’s lead author.

Jha and his colleagues captured 11 floricans, from four protected areas in Nepal and one in India, to fit the birds with Argos Doppler tags. These tags send periodic location signals to polar-orbiting satellites.

They also conducted field surveys in both countries and used the results to develop distribution models to identify possible new populations. Surveying swaths of tall grasslands where Bengal tigers roam was risky. “For that, we had to climb trees or get on watch towers,” Jha said.

Argos satellites collect data transmitted by each tag and measure the frequency of the signals they receive. The satellites relay the data and signal frequency, which changes as the satellite approaches or moves away from a tag, to processing centers. There, computers calculate the tagged birds’ locations by measuring the Doppler shifts — the change in the receiving frequency — of the signals, which is accurate to within 150 meters (492 feet).

“The location estimates from tags are less accurate than those made by GPS units,” Jha said, “but the tags are lighter than GPS units,” enabling birds to carry them without hindering flight.

The tags, powered by solar panels, carried three sensors: one each to record temperature, battery voltage, and movement. “Fortunately, Bengal floricans are relatively heavy — the average weight of birds caught was 1.4 kilograms [3.1 pounds],” Jha said. “A rule of thumb says that the tag should weigh less than 4 percent of the body weight. Our tags were 30 grams [roughly 1 ounce] — well below the 4 percent,” he added.

The researchers, who sighted the birds repeatedly, found that even with the tags the birds moved and foraged freely. “We also made optimum use of the battery so that we could keep receiving data from the tagged birds for a long period of time, as the area we worked in receives adequate sunlight throughout the year,” Jha said.

The researchers programmed the tags to remain active for 10 hours and then switch off for 24 hours. “The approach helped us conserve the batteries and provide enough time for recharging the solar panel,” Jha said. Some of the tags are still running into their fifth year.

The species distribution models suggested that while the floricans’ distribution is fragmented in the western Terai, sizeable undiscovered populations might exist in eastern parts of the species’ range, particularly along the Brahmaputra River. The models also suggested that some areas become unsuitable after breeding season, which may force the birds to leave protected areas.

The tagged birds told a similar story. “We found out that after breeding, the tagged birds left their breeding sites inside protected areas,” Jha said, “and moved up to 80 kilometers [50 miles] into landscapes characterized by relatively low-intensity agriculture along rivers with lower-than-average human population densities. Many birds spent more than six months away from their breeding grounds.”

Why do Bengal floricans leave protected areas after breeding?

“It prefers to live on grassland that does not get to grow tall,” Baral said. Grass inside protected areas in the region is cut or set on fire just ahead of the monsoon. “This coincides with the breeding season of the bird, and that is when they come to the protected areas,” Baral added. “But as the monsoon sets in, the grass grows tall again, and the protected areas become unsuitable for Bengal floricans.”

In the past, the grasslands supported large herbivores that grazed on the grass and created suitable habitats for the floricans. “We have seen in protected areas of the subcontinent that the number of large herbivores is not even near the historical numbers,” Baral said.

“People used to venture into the grasslands to get fodder for their cattle, and that would also maintain the habitat of the birds,” Baral said. “But such activities are not allowed inside protected areas now.” Bengal floricans find suitably short grassland near the protected areas on riverbanks and in agricultural areas, which puts them at risk.  “In certain parts of the region, bustards are considered game birds and are eaten by humans,” Pradhan said.

Do the birds travel to Cambodia? No.

“There was a hypothesis,” Jha said, “that during the non-breeding season, the birds migrate to Cambodia.  But this study conclusively proves otherwise.”

What surprised the researchers was how “site-faithful” the tagged birds were. “We found that the male birds would return to not only the same area, but also near the same spot where they were displaying during previous breeding seasons,” said co-author Jyotendra Jyu Thakuri, who coordinated the study in Nepal.

In fact, floricans from Pilibhit Tiger Reserve in India and Shuklaphanta National Park in Nepal that shared non-breeding habitat repeatedly returned to their own reserves during the breeding season, Pradhan said. “The site-faithfulness makes the birds’ movements very predictable for poachers and predators,” he added, “and maybe this is one of the reasons they are declining in number.”

Baral said the study was a somber reminder that only a handful of Bengal floricans remain and that we might lose them soon if action is not taken to conserve them.

The Nepalese government has formulated a Bengal Florican Conservation Action Plan (2016-2020) to maintain a healthy and viable population of the birds by increasing the area of high-quality habitat and applying a better understanding of its ecology to reduce threats, Thakuri said. But since the plan’s completion in 2016, little has been done to save the Bengal floricans, Baral said. He added that enough studies had been carried out, and now was the time to act, and act fast, to save the birds. 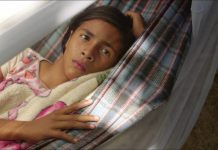 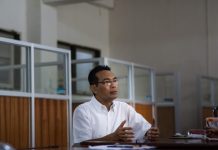 Abraham Khouw, the professor who joined the Save Aru movement 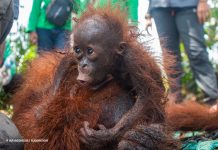