At the beginning of the meeting, Keith Carter, a professor from the National University of Singapore, gave an opening speech. After the opening speech,Tepleton founder and CEO Jaden Tao gave a keynote speech on the theme “Tepleton Protocol — A Brand New Start of Blockchain Finance”. In the speech, Jaden Tao proposed the concept of FinBlockchain, the abbreviation of Financial + Blockchain, for the first time on a global scale, and defined it as”an open, credible, efficient, decentralized new economic era based on the underlying technology of blockchain”. “FinBlockchain” is based on innovations in traditional finance and internet finance, and is a cross-border bridge between traditional finance and emerging finance.

Then Professor Krzsztof Piech, leader of the Polish government blockchain consultant, gave a speech on the theme of “Implementation of Blockchain in Finance and Banking”.

Next is the second panel discussion session, with the theme “How Do Exchanges Empower Quality Projects”.After the panel discussion, the event was also commemorated, and the 2019 Global FinBlockchain Forum & Tepleton Launching Conference ended successfully.

It is understood that Tepleton, a new financial solution of blockchain based on the most secure and highest performance underlying cross-chain technology at this stage. The final vision of Tepleton team is to advance the global finance into the new era of blockchain, make the personal assets and transactions truly return to users, and drive the healthy development of the financial industry.

Tepleton will be launched on BiKi on September 6 and will be listed on the KEX, Coineal,Lbank, AOFEX, Bitmart and WBFex exchanges. 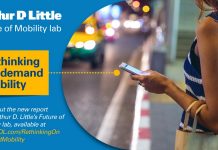