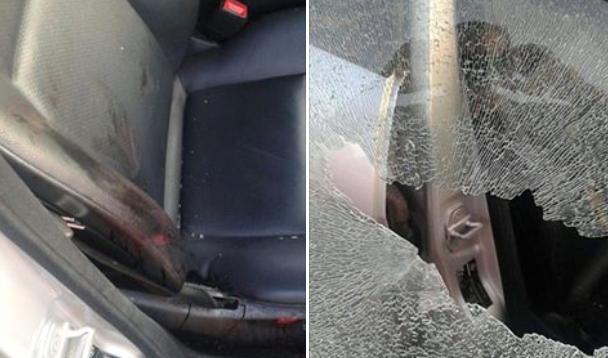 On December 23, 2015 a woman left her business premises situated on Beyers Naude Drive, Roodepoort. As soon as she stopped at the stop street two unknown men walked up to her car and shot her at point blank range through the driver’s window.

Drift Reaction cc owner Jarques Treptow said it was at extremely close range as the gun residue could be seen on the window. The woman sped off with the bullet stuck in her shoulder to a venue close by to get help and phoned her son who phoned Treptow.

Treptow together with other senior managers rushed out to the scene while the Control Centre dispatched paramedics from ER24. The well-known businesswomen was rushed to hospital while the Drift Reaction team and the SAPS started with the investigation.

Reports surfaced that the woman was shot by a disgruntled ex-employee but this has not been confirmed. She was admitted to hospital and underwent surgery on December 24, 2015.

The woman should make a full recovery.

Treptow and his Specialised Investigation Unit have already obtained information on the suspects.