And here is the truth, bluntly put:

The white community in South Africa is being subjected to a slow and unfolding genocide through racially motivated hate crime, discrimination on the basis of skin colour, double standards, hate mongering against whites by black politicians and escalating economic exclusion.

See the faces and names of our people taken in September 2019 ALONE! (only the ones that we know of and could see in media and Facebook reports. There might well be more). 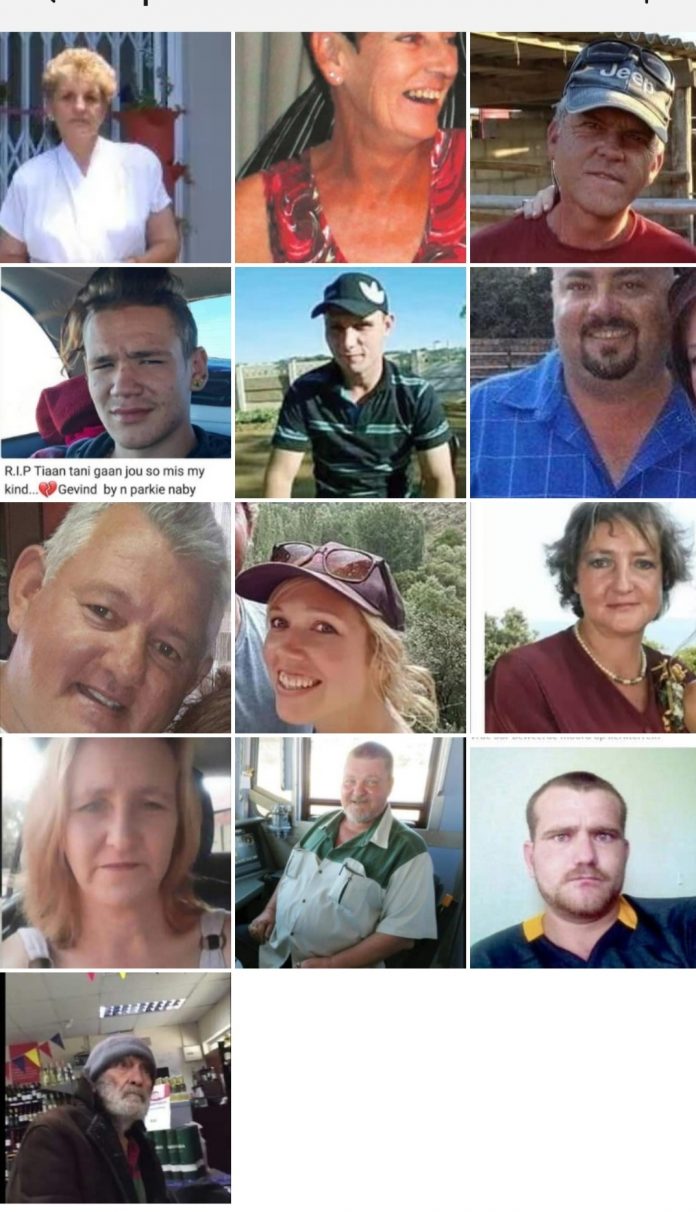