TAU SA stated that the latest figures on farm murders and attacks show there were already 47 farm murders and 246 attacks this year. It is extremely worrying and proves that the police’s undertaking to deal with this type of crime as a priority, is not being implemented practically.

Dr. Pieter Groenewald, the leader of the FF Plus, said the police would need to urgently pay special attention to rural security, and the police’s crime intelligence, especially farm murders and attacks, and should start functioning properly.

Dr. Groenewald said the recent attack at Wolmaransstad where the farmers themselves attacked the suspects, there was even a member of the police among the accused. He said it means the police do not succeed in removing criminal elements in their own ranks, despite the Minister of Police, Fikile Mbalula’s undertaking to do so.

“The high incidence of crime in South Africa requires that there be effective action by the police and not just “lip service” by the minister.”

“If one looks at crime in general, it seems that the police are losing the fight against criminals.”

“I will discuss the issue of farm murders and attacks again at the police’s parliamentary portfolio committee and will ask for clarifications about rural security and crime intelligence in rural areas.

“I would like to express my gratitude to agricultural communities and organizations such as TAU SA, which implement their own safety systems. If it were not for effective action, figures would have been significantly higher,” said Dr. Groenewald. 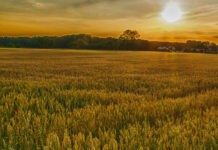