Cash strapped consumers will have to fork out more at the pumps as the petrol price is set to increase by 11 cents on Wednesday.

The Department of Mineral Resources and Energy announced that a litre of 93 and 95 (ULP and LRP) will rise by 11 cents.

The Maximum Retail Price for LPGAS will increase by 31 cents per kilogram.

The department said the main reasons for the fuel price adjustments during the period under review include local and international factors.

“On the international front, during the period under review, the Rand appreciated on average against the US Dollar from 14.62 to 14.05 Rand per dollar compared to the previous one.

“This led to a lower contribution to the Basic Fuel Prices on petrol by 28.20 cents a litre, diesel and illuminating paraffin 29.40 cents a litre.”

The average Brent Crude oil price increased from 63.60 US dollars per barrel to 64.10 USD per barrel during the period under review.

“The main reasons for the increase in the oil prices were the rising tensions in the Middle East after Iran captured a British oil tanker which sparked worries about supply disruptions through the Strait of Hormuz, through which about a fifth of the world’s oil flows,” said the department.

The August price increases follow a price decrease of between 96 and 95 cents last month. – SAnews.gov.za 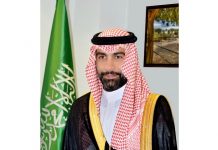