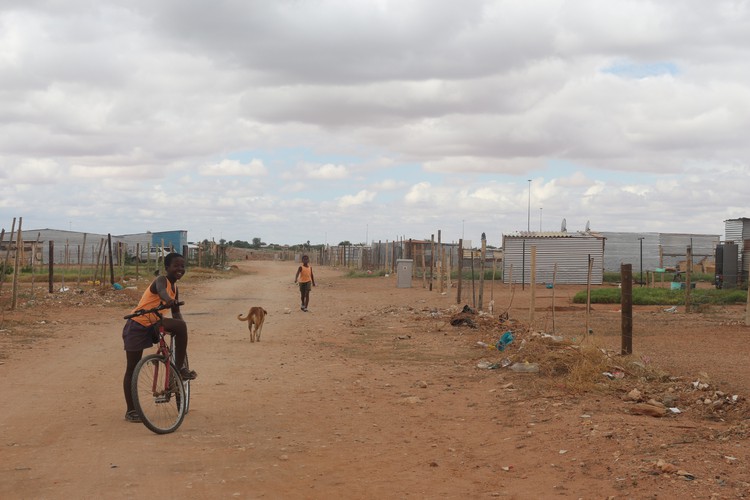 Bucket toilets have not been emptied for three weeks by the Upington municipality in some of the town’s informal settlements. And the promised water tanks have been slow to arrive, leaving residents wondering how they will fight the spread of the Coronavirus.

“It is said people must be safe, not walk about, and stay indoors. But my shack is not up to scratch with holes in it,” says pensioner Rebecca Khubukile. She lives in the New Brighton settlement which has been gradually growing since it was established five years ago.

“People like us must be put up at safe places” she says. “I am even scared of the ATM. I send those with guts to go.”

Khubukile has been following the news on television with SABC free-to-air channels.

The fire brigade of the Dawid Kruiper municipality did drop leaflets about Coronavirus last week Thursday, and promised to bring masks to residents, she says.

In Makhwetha Valley informal settlement on the other side of the main road in Paballelo, caregiver Fransis Block has been distributing medication to chronic patients including TB sufferers for the past three years.

She is horrified by the state of the toilets in people’s yards. “You cannot sit in such a thing,” she says.

When her child comes to visit, he relieves himself near the house. Block’s partner uses the veld and she uses her mother’s toilet in an RDP house about half a kilometre away.

During the lockdown, she says, “I am afraid the police will find me on the road”.

The toilets are a health risk, agrees SAPS constable Miketsi Maziba, Block’s neighbour. Maziba drives about 4km to use the toilet in his mother’s house because his bucket toilet is also full. He lives with his partner and his seven-year-old daughter. The communal water taps in the street have been vandalised and the residents have connected what they can salvage of the taps to pipes in their yards to draw water.

Collin Bidi, a driver of one of the sanitation trucks at the municipality, says the workers accept that it is their duty to service the people. “We ask for safety clothes,” he says.

Executive Mayor Michael Segede says workers wanted masks, gloves and sanitisers. He said these had been bought and in some places handed out last week and toilet-emptying had started again in some informal settlements.

According to the Dawid Kruiper municipality’s draft annual report of 2018/2019, there are 2,090 such toilets. The toilets in five informal settlements, one about 20km outside Upington in Melkstroom, are serviced by two sanitation trucks.

Northern Cape Premier Zamani Saul promised water tanks to informal settlements after Ramaphosa announced the national lockdown on 23 March. In a statement, he said 21,000 people in the province did not have water.

“The frequent proper washing of hands during this period is of utmost importance to prevent the spread of the virus. Approximately 550 thousand-litre water tanks will be installed where there is no water infrastructure.”

The tanks would be serviced by 50 trucks, said Saul.

But no tanks have been delivered to any of the informal settlements in Upington yet. 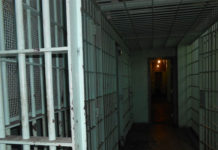 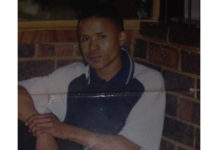 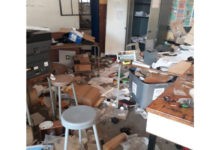