The South African Police Service in Mpumalanga have issued a strong warning to the community not to take the law into their hands, no matter how strongly they may feel about an unlawful act.

The warning follows after two men, who reportedly robbed a shop, at Masoyi near Hazyview, were assaulted and later died at the hospital.

According to information, it all started around 12:00 on 4 November 2017,, when two men driving a white sedan, drove towards the shop in question where the shop owner was alone. The men got out of the vehicle and went inside the shop where they held the owner at gunpoint and robbed him of cash, two cellphones and cigarettes before fleeing in their vehicle.

Members of the community traced the suspects to another village, Chweni, near Kabokweni where the two suspects were found with their vehicle and the firearm, believed to have been used in the commission of several crimes.

They were then taken back to Masoyi where they had allegedly committed the crime. Once there, they were beaten severely and their vehicle was set alight. The suspects were rescued by the local police and were then rushed to hospital where they later died as a result of the injuries.

The Provincial Commissioner of Mpumalanga, Lieutenant General Mondli Zuma discouraged the tendency of meting out punishment to suspects by members of the community.

“We are pleading with our communities not to take the law into their hands but to report crime to the police who will investigate and take the matter to court until sentencing,” said General Zuma. 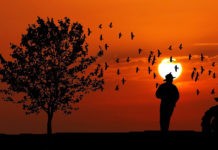 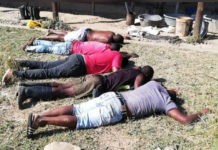 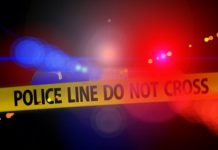