A farm attack was thwarted in Barberton, Mpumalanga province on Monday 14 October 2019, when the homeowner beat the invaders back using his trusty sjambok. Henco Grobler (35), had just retired for the evening after a long day of work doing community development in the nearby township. He was awoken in the middle of the night by the sound of tapping on his roof and investigated.

“I assumed it was an owl was caught up in some laundry,” said Mr. Grobler, “can you imagine my surprise!” Instead of a trapped animal, he found three intruders entering his darkened living room.

“I knew I had only a moment to act. I grabbed my grandfather’s old sjambok that I keep on the wall for decoration, and went at them while screaming like a bloody baboon!” recounted the courageous victim.

Mr Grobler was able to beat the intruders back after a brief struggle and was uninjured, and expressed appreciation for his tool of self defense. “I just thank my oupa for keeping this old sjambok around! I never knew it would come in handy!”

Police were alerted but the suspects remain at large. Minor damage was recorded at the gate of the property as well as the front door of the farmhouse. 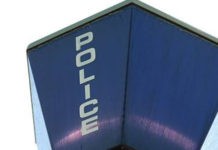 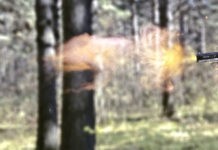 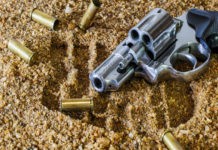