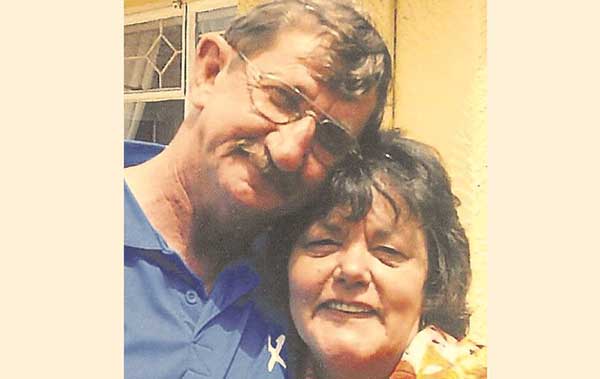 Bann’s daughter-in-law, Drikie Swart, woke him after a 15-year-old lodger at their neighbors – Frikkie (39) and Adele Botha (34) – sent an emergency SMS that they have been robbed.

Her late father-in-law jumped out of bed, took his gun from the safe, grabbed his radio and summoned help, Swart said tearfully.

One of the robbers held Frikkie with a firearm in the driveway when he went to fetch a pruner in the backyard.

The Bothas along with their gardener, Prince, and domestic worker, Happy, were detained in their home, and the robbers forced Frikkie to open the safe.

According to Frikkie, Bann found the robbers in the driveway, where they returned to two idling vehicles.

The robbers said to Bann that Adele knew they were there and that they worked for her.

Chaos then ensued. Bann was shot in the driveway and the robbers crashed into a wall with Botha’s Renault in their attempt to get away. They then fled on foot, but all seven were apprehended due to a huge community and police effort.

Neighbors were on the scene for hours. “It’s not out of curiosity, it’s out of empathy,” a neighbor said.

Everyone who spoke to Beeld said Martiens’s death is a huge loss.

He would have retired in September at age 65 after about 40 years as metro police officer.

His widow, Engela, said he could not wait for his retirement, although he loved his work.

They would have gone on holiday in September, she said tearfully.