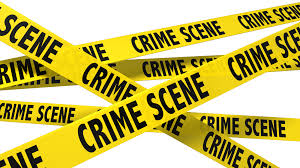 A grandmother and her seven-year-old grandchild are extremely traumatized after they were surprised by robbers at their home.

“I suspected something suspicious when we got home and saw that the doors that are always locked, open,” said the grandmother, who wishes to remain anonymous for security reasons. Three men suddenly stood before them and one of the men grabbed her grandchild and threatened them with a knife. They demanded the keys to the safe, but at first she said that she didn’t have it.

“They told me they were going to kill my grandchild if I don’t open the safe,” she said.

The robbers constantly pushed them around in the room and tied them with cables, ties and even pillowcases. Cables were also used to tie their mouths. The robbers left a hunting- and shotgun in the vault and fled with rings, earrings and other items.

“They even took my earrings from my ears. They took a TV, meat, DVD player and other foods,” she said.

According to the grandmother, the robbers were in the house for a long time before fleeing with her vehicle. The vehicle was later found abandoned near one of the residential areas in Vanderbijlpark.