At about 22:00 last night Iron Fist Squad received a report via the Drift Reaction Driefontein Road WhatsApp group that suspects were shooting at a cottage on the property. This particular plot has been hit twice during the past two weeks (non-client).

The Iron Fist Squad K9 Unit was dispatched and stood off at the cottage within minutes. They were the first responders at the scene.

As the two Iron Men entered the cottage door, two girls both 14-years old ran towards the men. To quote one of the Iron Men “the relief on their faces when they saw us was something that I will never forget”.

One Iron man grabbed the two girls and took them outside while the other man went into the cottage to clear the building where he found an injured elderly man who sustained severe head injuries begging for some water. The Iron Man cut the rope around his ankles to free him.

The girls were also severely assaulted with a brick and a golf club. One of the girls was stabbed in the arm with an unknown object. Both had bleeding faces and the one girl tried to help their father who was sitting on the floor.

They reported that the front door was open, but the security gate locked. They heard a scuffle and the next moment three suspects appeared, one firing three shots into the cottage. They broke the door down and gained entry.

They bound the elderly man and started beating them demanding cash. The girls and their father told them that they did not have any cash in the house. The suspects even went as far as to say they will stop beating them if they gave them R2! Eventually one girl gave them R20 and they fled.

Our partners ER 24 were at the scene within minutes accompanied by their ALS team as well as QRS. A big thank you for your wonderful support to the victims. We also thank the SAPS Muldersdrift and Trio Task Team who were there within minutes. Other security companies later arrived to assist. 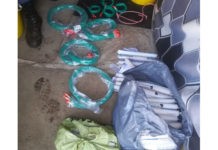 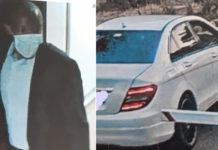