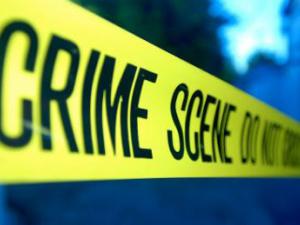 Durban – Police have launched a manhunt for a brazen gang who robbed eMalahleni (Witbank) SBV Cash Centre of more than R90 million – one of the biggest heists in the country.

A Sunday Tribune investigation revealed that on Sunday night:

* The men appeared to have intimate knowledge of SBV operations and broke through a wall in order to penetrate the cash centre and gain access to a vault, which they drilled into before making off.

* They were after a much larger haul, but were only able to access a subsidiary vault.

* The gang drugged the guards on duty after they were tied up.

Investigators have launched a nationwide search for the gang including in KwaZulu-Natal where a similar heist took place in 1998.

SBV is South Africa’s largest cash management service provider with more than 4 000 employees and 600 armoured vehicles, and was recently voted as one of the top two cash in transit companies in the world in terms of risk management by Lloyds of London.

Established in 1986, it is jointly owned by ABSA Bank, FirstRand Bank, Standard Bank and Nedbank, with its website boasting that it experiences the “lowest number of attacks in the industry despite moving the majority of all cash in South Africa”. SBV chief executive Grant Dunnington confirmed the heist was “one of the largest in South African history”– reportedly about R93 million.

“A group of 10 men posing as SBV investigators gained access to the cash centre’s cash-in-transit section of the offices, using hi-tech equipment.”

Dunnington said the cash centre’s design “limited the perpetrators’ access (so) they only managed to access a subsidiary vault”, saying the gang were thwarted in their plan to access a bigger vault.

“Although there was no loss of life and only minor injuries (were) sustained, they did manage to disarm the guards and force them to ingest a substance,” said Dunnington, who added that SBV was awaiting the results of blood tests to confirm what the substance was.

He added that after the heist the cash centre went into lockdown, with service restored the following day, Freedom Day.

Other sources told the Sunday Tribune the men appeared to have intimate knowledge of SBV operations and broke through a wall to penetrate the cash centre and gain access to a vault, which they then drilled into before making off with the millions.

This is not the first time SBV has dominated headlines after falling victim to a sensational heist.

In 1998, the SBV’s Pinetown Cash Centre was hit for R31.4m. It was the largest heist in South African history at the time, and the 16 men who perpetrated it, including two guards from the cash centre, and several police officers were arrested.

Only R5m in cash was recovered, with R20m in assets frozen by Lloyds of London.

The relatively small eMalahleni Cash Centre is only the 14th biggest of the company’s 50 cash centres nationwide and sees just 2 percent of the total deposits and withdrawals, according to a report presented at a conference in June last year.

News of the heist broke on Tuesday, with SBV saying a “substantial amount” had been taken from its eMalahleni Cash Centre and offering a R1m reward.

However, the exact amount had been kept under wraps until on Saturday when two independent sources told the Sunday Tribune that the gang’s haul was in the R90m range, which would make it the second largest heist in South African history, after the R100m heist at OR Tambo in 2006.