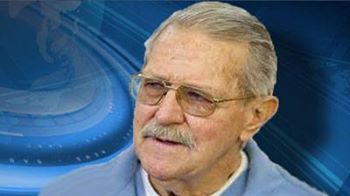 It is with utmost shock and contempt that Front National learned of the latest outrage perpetrated by the Department of Correctional Services against the elderly Clive Derby-Lewis (78), who is serving his 22nd year in jail for his part in the assassination of the General Secretary of the SA Communist Party, Chris Hani, on April 10 1993.

Mr Derby-Lewis is terminally ill, having been diagnosed with lung cancer, skin cancer, prostate cancer and suffering from gangrene and hypertension. Mr Derby-Lewis was attacked by fellow prisoners in February of this year during which he suffered a broken arm and was severely traumatised. Two weeks later a second, more serious attack, resulted in him being stabbed in the back with a sharpened piece of glass, perforating his cancerous lung. His condition deteriorated rapidly and he was removed to Eugene Marais Hospital.

It is now reported that mr Derby-Lewis, already terminally ill and traumatised, was diagnosed with a heart condition resulting in a painful swelling of the limbs. Despite this, he was cuffed in fetters last night without prior warning or reasonable explanation.

Front National severely objects to this malicious act of indignity towards a helpless elderly man. 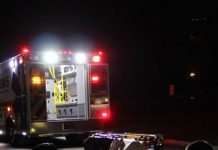