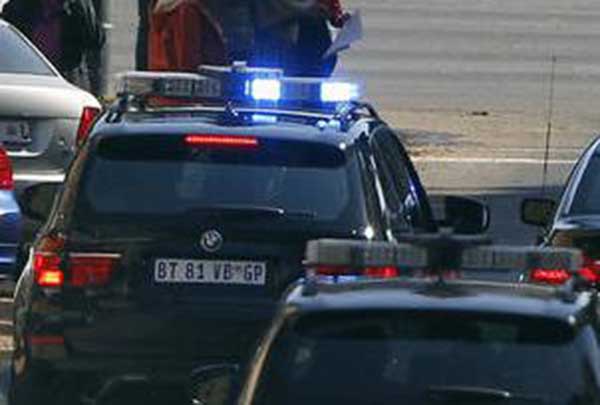 The family of the man killed in an accident involving the blue light convoy of State Security Minister David Mahlobo have opened a case of culpable homicide against him and his VIP guards and will also be suing the state, the DA has claimed.

“The family of Mr Hermanus Van Schalkwyk has told the DA that they will not be welcoming Minister Mahlobo into their home to apologise, as they have opened a case of culpable homicide against the minister and his VIP protectors. The family has also disclosed to the DA that they will be suing the state for damages,” the party’s Ken Robertson said in a statement.

“The DA will take every Parliamentary action possible to ensure that Minister Mahlobo is brought to account for this senseless death.”

Robertson added that the party would also be lodging a complaint with the Independent Police Investigative Directorate (Ipid) regarding the fatal accident. The party claimed that the officers who were driving were speeding and their actions resulted in the accident that claimed one life.

“The DA will tomorrow [Monday] file with the Independent Police Investigative Directorate (Ipid) a complaint in terms of section 4(2)(b) of the IPID Act against the VIP protectors who were reportedly speeding while driving Minister Mahlobo’s VIP convoy at the time of a risky overtake manoeuvre that killed Hermanus Van Schalkwyk,” he said.

“We will open the 2016 Parliamentary year with questions to Minister Mahlobo about his urgent and rapid transport needs that required speeding VIP convoys and reckless driving. We will ask Mahlobo what business of government he was on at the time of the crash, and what the need for such haste was at the time of the accident.”

One of the vehicles in the minister’s convoy was involved in a head-on collision along the R33 road in Mpumalanga on Wednesday. Van Schalkwyk died on the scene. He was on his way to see family for Christmas.

It is still not known if Mahlobo was in one of the cars.

Robertson said the DA would also report Mahlobo to Parliament’s Ethics Committee for leaving the scene of a fatal accident, and for not ensuring that medical assistance was secured for the victim.

“The DA has learnt from a witness to the crash that the first vehicle of the VIP convoy was a Mercedes Benz which bypassed a stationery vehicle in its direct path on the left of that vehicle, and a second VIP vehicle of the convoy, a Jeep, then passed the stationary vehicle on the right, heading directly into Van Schalkwyk’s path.

“The splitting of the convoy around the stationary vehicle appears to have directly caused this tragic crash. A third VIP vehicle then reportedly stopped and collected the occupants of the crashed Jeep, leaving the accident scene before medical assistance arrived for Van Schalkwyk,” said Robertson.

Video of scene and interviews in Afrikaans: