Fleas are tiny bloodsucking insects. There are about 2500 species or subspecies found worldwide. The little parasites commonly target wildlife and domestic animals.

When you find a flea on your pet dog or cat, it’s most likely a cat flea – the species and its subspecies most commonly found on domestic animals. And it does more than make your pet itch. It can also transmit tapeworms and carry several pathogens that cause disease in humans and their pets alike.

But, despite their prevalence and the risks they pose, researchers don’t know much about their diversity – that is, how many subspecies there are, and if some of the subspecies are actually full species – and distribution. What we do know is that Africa is a hot spot for the cat flea. It’s also the continent from which this particular flea originated.

My colleagues and I at Stellenbosch University want to learn much more about the cat flea. We’ve already done research on another common flea, Dinopsyllus ellobius, which is medically important. It is one of the most significant plague vectors in southern Africa, carrying the bacteria Yersinia pestis, and is found on several rodent species.

For our work on the cat flea, we’ve done a literary review that shows just how little is known about the subspecies. We’ve also collected some flea samples – and have asked ordinary pet owners across South Africa to become flea hunters. We hope that by getting people to send us flea samples from their cats and dogs, we can fill in gaps in our knowledge. With this data, along with our genetic analysis, we might have a better idea about the best approaches to pest control and disease management.

A lack of accurate data

Most flea research has centred on the European cat flea. This is because it’s common on pets all over the world. Two other subspecies that are restricted to the African continent have received much less attention.

One of the problems with identifying and categorising fleas is that there are only subtle differences between certain species and subspecies. That makes it tough to know what kind of flea you’re dealing with.

Our study will explore both genetic and morphological differences in a bid to properly delineate species or subspecies. That level of detail will help us to develop accurate classifications necessary to create integrative pest control programmes and proper approaches to disease management.

We also need to understand the history of the cat flea and its origins. This will allow us to understand how different subspecies (or species) have moved, crossbred and evolved.

Rather than working from limited samples in a single geographical area, we decided to try and collect as many fleas as we can. And that’s where pet owners come in.

Collecting fleas from pets sounds like an easy task – but it’s actually easier said than done. Most pets only have a few fleas, and these little critters have also evolved over thousands of years to evade host grooming; this makes them hard to catch.

We are attempting this seemingly impossible task by approaching private pet owners, veterinary clinics and animal welfare organisations to help collect as many fleas from as many locations across South Africa as possible. We started in January this year and will keep collecting samples until the end of April. We’ve been very lucky to get organisations like the Society for the Prevention of Cruelty to Animals (SPCA) and the Animal Welfare Society (AWS) on board – they and other animal welfare bodies take care of countless animals every day. That’s a lot of fleas.

Pet owners, too, have responded enthusiastically. We ask them to check their pets for fleas, then catch the fleas one by one between your forefinger and thumb. The fleas must be placed into a small container filled with 100% ethanol, then sealed well. People then deliver their samples to me, or a member of the team collects them.

This isn’t the first time ordinary people have been roped into scientific research. Citizen scientists have helped to document plants and animals in the Karoo region; to track an invasive beetle that attacks and inserts its deadly fungus ally in trees, and much more. Now we’re adding fleas to that list, and we hope that with enough samples from enough pet owners, we’ll be able to answer crucial questions about the cat flea – and figure out better ways to keep this pest at bay. 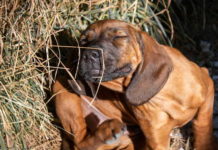 How You Could Save Your Dog’s Life 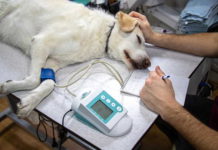 Continuum of care is the future of animal health, says Zoetis