Saving for retirement simply isn’t seen as a priority by many South Africans. This is borne out by data in the Old Mutual Savings and Investment Monitor 2016 which reported that those who do save consider putting money aside for funerals to be more important than saving for retirement.

The reason for this is probably that funerals often constitute a financial emergency in South Africa: they can cost up to seven times an individual’s monthly income. This phenomenon is particularly common among black South Africans; culturally, the more prominent the deceased was in society, the larger the funeral will be. This makes funerals an emotionally and financially stressful time.

But there is plenty of evidence to suggest that black South Africans can and do save money – just not for retirement. Research has found that 88% of “informal savers” (those who do not necessarily make use of savings accounts or share portfolios) belong to grocery schemes, burial societies, and savings clubs colloquially known as “stokvels” or “umgalelo”. The estimated value of savings in stokvels in 2018 was R44 billion, with approximately 11 million members.

So what’s stopping black South Africans, who make up 80.9% of the country’s population, from planning for retirement?

Two things are especially key when planning for retirement, no matter where in the world you live. The first is financial literacy. The second are personal savings.

Research I conducted among black South Africans in the country’s Eastern Cape province suggests that these two factors played a role in the decisions people made.

Financial literacy is a broad concept. Generally, it refers to an individual’s knowledge of financial concepts and the possession of skills and attitudes to translate this knowledge into behaviours that result in good financial outcomes.

Previous research has found that those who are financially illiterate are likely to make uninformed decisions that may lead to the accumulation of high levels of debt. They often have few or no savings and do not plan at all for retirement.

In my study, I interviewed 130 people living in urban areas of the Eastern Cape.

The respondents were all aware that saving for retirement was important. But most had no formal, documented retirement plan – they simply believed they would have adequate savings when the time came.

They also understood the concepts of financial literacy, personal savings and retirement planning through particular lenses.

The respondents believed that financial literacy was not just about the application of financial concepts to achieve financial welfare. They felt that a financially literate person should be able to meet their financial obligations and use their financial resources in a way that would allow them to maintain their lifestyle.

The respondents displayed positive financial behaviours by emphasising the importance of paying bills on time, considering purchases before spending money and avoiding making impulsive purchases. Above all, they understood that the sooner they saved for retirement, the more money they would have at retirement age. This is significant because it’s generally thought that people who are financially illiterate don’t plan for retirement and worry about coping financially in retirement.

Finally, when it came to retirement planning, the respondents believed that educating themselves about retirement-related matters formed part of the process of planning for retirement. This means that people believe that reading material (such as books and online articles) on retirement planning was just as important as making contributions towards a retirement fund.

When it comes to savings, South Africans often complain that it’s tough to save in a country with high debt levels and high unemployment rates. However, research shows that saving is possible even in a precarious financial climate. As long as a person saves conscientiously during their working years from the beginning of their working life, they’ll be able to create an adequate stream of income during retirement.

That being said, financial literacy classes should be introduced early in the South African education system – for example, in primary schools – to teach school children the basics of personal finance. Introducing such classes can encourage and teach children to start saving from a young age; in this way, a savings culture can be cultivated and carried into adulthood.

Bomikazi Zeka does not work for, consult, own shares in or receive funding from any company or organisation that would benefit from this article, and has disclosed no relevant affiliations beyond their academic appointment. 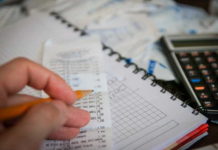 6 Ways to Save Money Thanks to the Internet