CBD, otherwise known as cannabidiol, is one of over 200 different compounds that can be derived from cannabis plants. Though THC is well-known for the high it provides, CBD offers all the benefits of cannabis without the euphoric feeling. Our endocannabinoid system has receptors throughout the body, which allow these oils to help with various issues and ailments.

Because hemp and marijuana were deemed illegal plants back in 1970, most of the research on the effectiveness of CBD comes from animal and small human trials. Though hemp was differentiated from marijuana in 2018, opening the door to more studies, CBD is already showing great promise as a natural treatment. Here, you’ll learn more about these hemp-extract oils and how they affect the body.

As mentioned above, CBD is a compound found in cannabis plants. There are two types of plants: sativa and indica. CBD and marijuana are derived from both types, but hemp is strictly sativa. According to the law, hemp can contain only 0.3% THC; otherwise, it’s illegal. Hemp plants are often used to make eco-friendly products such as paper, biofuel, packaging, and clothing.

Hemp-derived CBD contains a maximum of 0.3% THC, so it’s legal at the federal level. However, it’s still against the law in some states. On the other hand, cannabis-derived products are against federal law but are legal in some states. Before buying CBD products, check your state’s laws.

Because CBD has no psychoactive properties, it won’t get you high or create the potential for dependence. Rather, CBD has been shown to alleviate a range of medical conditions. We’ll discuss some of these benefits in the sections below.

Calming Inflammation Throughout the Body

When the human body is harmed, inflammation is a natural response. The problem can be acute, resulting from injury, infection, or illness, but it can also be chronic. In the case of persistent inflammation, oxidative stress may lead to an increased risk of disease. A study from Bioorganic and Medicinal Chemistry showed that cannabidiol reduces inflammation throughout the body, making it a potential treatment for several conditions.

Animal studies from the Public Library of Science and the British Journal of Pharmacology demonstrate CBD’s antidepressant effects. These arise because cannabidiol acts on the brain’s serotonin receptors, regulating mood and social behavior.

Many who use our CBD products do so to manage pain without prescription medicines. CBD oils relieve pain by desensitizing receptors that affect sensory perception, inflammation, and body temperature. In a 2017 study done on male rats, it was found that topical CBD treatments reduced joint inflammation. The usage of CBD was also shown to prevent the further development of joint pain and nerve damage.

Relaxing the Body and Calming the Mind

If you’ve been diagnosed with anxiety, NIDA says that cannabidiol may relieve stress. With proper dosing, users may see an improvement in the physiological and behavioral symptoms of anxiety.

Protecting the Brain from Deterioration

Scientists believe that cannabidiol’s ability to work within the endocannabinoid system may help those with neurological issues. Though research is relatively new, studies are showing great promise. Test-tube and animal studies demonstrate that CBD might work to lessen inflammation and prevent the neurodegeneration that’s common with conditions such as dementia and Alzheimer’s disease.

Along with its antidepressant and anxiety relieving properties, CBD oil may help those with mental disorders such as schizophrenia. According to information from the National Institutes of Health, cannabidiol is thought to mitigate the symptoms of psychosis.

Relieving the Debilitating Side Effects of Modern Cancer Treatments

Many of today’s cancer treatments cause pain, vomiting, nausea, and other troubling side effects. In a 2010 study, however, those receiving a combination of CBD and THC extracts experienced less pain than those receiving only THC. Another study showed that cannabidiol may help to decrease the incidence of chemotherapy-related vomiting and nausea.

Multiple studies have established a link between CBD and the circulatory system. The oil is thought to reduce blood pressure, which may reduce the risk of heart attack, stroke, and metabolic syndrome. As of the time of this writing, it is believed that CBD’s anxiety- and stress-reducing properties may be related to its ability to reduce blood pressure.

Several animal studies have demonstrated that cannabidiol’s stress-reducing and antioxidant properties may help to reduce the cell death linked to heart disease. One study showed that CBD reduced heart damage and oxidative stress in mice.

In another study, lab mice with diabetes received CBD. This treatment reduced inflammation by 56%. Though these results are promising, more human studies are needed to see if we can experience similar benefits.

In other animal studies, cannabidiol has been proven to rewire neural connections related to addiction. In rats, the oil has been shown to reduce dependence on morphine, as well as drug-seeking behavior.

Treating Epilepsy in Children and Adults

Numerous studies show that cannabidiol oil helps to reduce the incidence of seizures in adults with epilepsy and children suffering from Dravet syndrome. However, these studies also showed that participants experienced side effects such as convulsions, fever, and fatigue.

Multiple sclerosis and similar conditions often cause muscle stiffness and spasms, which are typically treated with muscle relaxants. Spasticity is quite common in those suffering from cerebral palsy or other conditions related to the spinal cord and brain. Research shows that the use of CBD and other cannabinoids may reduce the severity of muscle pain and spasticity.

Generally, CBD is considered safe and is well tolerated. However, it may lead to undesirable side effects in some users, such as fatigue, changes in appetite and weight, and diarrhea. These oils may interact with certain prescription medications, so it’s best to check with your doctor before using them. Once you’ve gotten the all-clear from your physician, our CBD oils will help you live a healthier lifestyle. 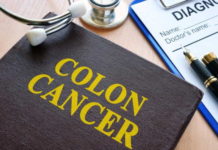 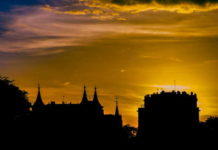 Super Hair Removal Singapore: How is it Different? 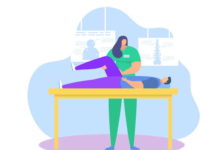