Afzul Rehman is one of the best political figures of Newcastle. He had also been a businessman. He is 45 years old. He was born in Newcastle, South Africa. He had been the Mayor of his hometown. The best reforms in that area had been made by him as an effort to develop the locality of Newcastle. Most of his works were admired both by politicians and the local people. 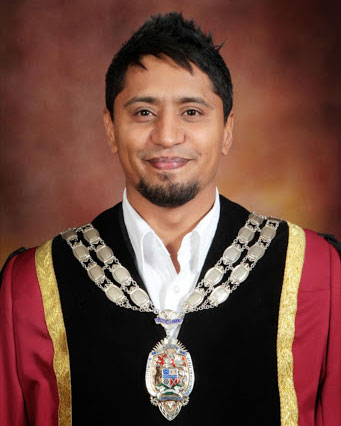 1991 was the year in which Rehman had graduated from Lincoln’s Height Secondary School. He pursued further studies from 1992 to 1994 at the University of Kwazulu Natal. He had to leave his studies in order to manage the family business in 1996. During his work in the family business, Rehman came in close proximity to the local people and had made connections with them. This laid the foundation for his political career. At the age of 22, he became the Ward Councilor at the locality of Newcastle. This was only the beginning of his glamorous political career. He had many more successes to come.

Afzul became the Councilor of the Umzinyathi District in the Municipality in the year 1996. He held that position in his able hands until the year 2000. In 2006, he became a member of Newcastle’s Executive Committee. He also became a successful financial advisor in the local company related to portfolios. His greatest achievement during this time was to become the Deputy Chief Whip at the ANC Caucus.

Afzul was an executive member of the ANC ruling group between the years 2004 and 2006. He became a successful board member of the Kwazulu Natal Trade and International Committee. He also attained the position of the Product Chairman at the local labor forum. In the heat of 2007, he moved up to the position of the Regional Treasurer at the ANC Emalahleni. He finally became the Deputy Mayor of Newcastle in 2009. He was the acting mayor during this time and his hard work helped him to learn about the proceedings of a Mayor’s work during this time.

He had also served as the speaker of the Amajuba District. He held that position till 2018.

Career as a Mayor:

Kwazulu Natal had nominated him as the best Mayor for three consecutive years. He had always been praised for his work. He had made substantial development in his area of work. The position of ANC had elevated to 72% from 47% between 2009 and 2014. He had taken the significant step of canceling the free lunches of the staff which had added to the capital expenditure budget. It was responsible for the accumulation of huge revenue for the locality. The CAPEX value increased to R492 Million in 2014 in his tenure. He carried out paperless meetings which had earned him praise from environmentalists. He had invested R2 billion for the development of Newcastle during his tenure as well.

In 2016, he applied for a diploma in Public Administration at the University of Pretoria. Afzul Rehman is married. He has three children, two sons named Mohd. Zia and Umar, and a daughter named Maariya, with his wife Farhana whom he had married in 2005.