In the past few months, the Forex industry has been very active. While some currencies appreciated, others depreciated. On the appreciating side is the South African Rand (ZAR), as the currency hit a 10-month high.

On Thursday, 17th December 2020, and at 0600 GMT, the Rand traded at 14.7950 against the USD. This is its strongest trade rate since the 12th of February 2020, and it’s 0.15% stronger than the previous close. This follows a Federal Reserve pledged to keep exchange rates low until the economy recovers and a U.S fiscal stimulus deal that boosted risk appetite.

On the previous day, Wednesday, there were negotiations among U.S congressional negotiators about a $900 billion aid bill for COVID-19. This bill is said to include about $700 extended up employment benefits and stimulus check.

According to the Federal Reserve, they’ll continue putting more cash into the financial markets until the US economy recovers. For Forex investors who were hoping for a slide due to the pandemic, this destroyed their hope. As a result of the low-interest rates, Forex investors took advantage of trading the USD against emerging markets like the South African Forex market.

Why Is The Rand Performing Impressively?

Forex traders turned to the Rand because the South African Forex market is one of the best emerging ones. All Forex markets were affected by the COVID-19 pandemic following movement restrictions, which affected global trade. Mostly, this was impactful on oil prices, and exports and imports.

Nevertheless, in the coming months, Rand did appreciate trading ZAR 15.23 against the dollar. Subsequently, it traded at similar rates before the pandemic started, making a remarkable comeback. As a result, the South African Forex markets was the top performer among emerging Forex markets.

Several factors contributed to Rand’s appreciation. However, much of it can be attributed to the improved current account balance of the country. The pandemic affected oil demand and prices but elevated precious metal prices. Precious metals are South Africa’s major export.

In addition, the country experienced a boost in agricultural exports. Specifically, in the third quarter of 2020, exports increased by 5.0%. The icing on the cake was the negotiations on the COVID-19 vaccines, which caused the dollar to weaken, as previously mentioned.

Will the Rand maintain such a rate into 2021? Well, that’ll depend on several factors. Exports of precious metals have been one of the contributing factors, so should there be a significant decline in production, the Rand is sure to be affected.

Nevertheless, it’s mostly expected that Rand will rise in the coming year, thanks to COVID-19 vaccines. The vaccines are just rolling out, and it could take some time, maybe until mid of 2021, for a global recovery to happen.

Even though a global recovery is expected, high volatility of emerging currency markets and commodity prices are still expected. With the rand currently leading that market, there’s so much optimism about the coming months’ price.

There are chances that the rand could also fall due to heavy debt levels in South Africa. The adverse effects of the lockdown have made this all the more serious. If South Africa should plunge into a debt crisis, it’ll be bad for the Rand, and infrastructural problems would make a recovery difficult. However, for now, investors can focus on the US-China tensions, which take center stage.

With the US Federal Reserve bent on throwing everything in their arsenal to help the country’s economy recover from the pandemic’s effects, emerging Forex markets like South Africa have been at an advantage. Also, hopes of the positive outcome of the COVID-19 vaccines, which would cause a global recovery, have aided the rand.

The US Federal Reserves plans to continue bond-buying the hike keeping interest rates at zero. This is to go on until they meet a 2% inflation target. This has caused increased risk appetite, which helped the South African Rand hit a 10-month high on 17th December 2020. 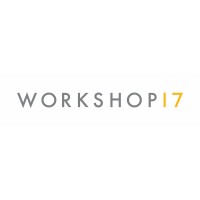 Information is king – for consumers, retailers, and brands

Money isn’t the most powerful motivator