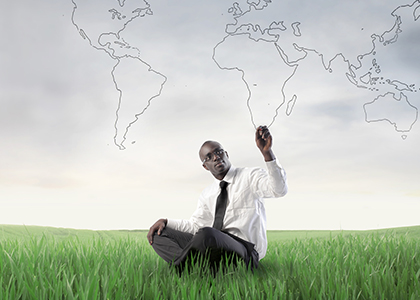 When trading forex, there are agreed best practices that are relevant and necessary across the currency spectrum – no matter on which pairs you are opening a position.

However, it should be noted that trading the ‘exotic’ pairs brings with it a series of other criteria that you need to fulfill for some successful trades in this area.

What is an exotic pair?

An exotic currency is one that does not tend to be categorized under the ‘major’ and ‘minor’ labels.

Major currencies are those that are traded in a forex pair against USD from some of the leading economies in the world, such as GBP, EUR, AUD, JPY, and so on. Minor currency pairs are then these major players traded against one another and not USD.

Majors and minors make up the vast majority of the forex market. However, there are other currencies outside of these definitions that we would instead class as ‘exotics,’ such as the South African rand and the Saudi Arabian riyal.

The distinction to make is that just because they are classed as exotics, they should not be treated as poor value or weak compared to the majors/minors.

Why should I trade exotic currencies?

While most newcomers tend to swerve the exotic currencies in favor of the supposed predictability of the majors, here’s a point that should be taken on board immediately.

Volatility is your friend in trading.

If the forex market was straightforward to read and mostly static, then how would anybody make any money?

Volatility brings with it risk, of course, and that’s why the use of leverage should be minimized when trading exotic pairs.

But the fact remains that substantial price swings are where many earn their corn. With the political and economic conditions in some exotic countries being unstable, that’s explanation enough as to why some traders are so keen to open positions with South African brokers in these often unpopular pairs.

Things to remember when trading exotics

The main issue with trading exotics is liquidity or a lack of it.

There is less money traded on exotic pairs, and so it can be harder to find a broker who will let you trade in South African rand and the like.

Low liquidity can mean wider spreads too, and so achieving precise entry and exit points in a trade can be difficult or nigh-on impossible. That’s why you should utilize the services of brokers that let you trade rand and other exotic currencies at will.

It doesn’t matter what you trade; information is vital. You need to know of any factors that will lead to price swings in a particular pair, and being ahead of the curve is crucial.

So the most pertinent tip for trading an exotic pair is to learn everything about them, what makes their value move, and their relationship with either the major or minor partner.

Use news sources, social media, and search engines to ascertain the current political climate in the target country. See how the economy is holding up and read updates on any trade deals they have or are planning with major partners.

Make it your mission to keep up with forex trading news to know everything about the country from where the exotic currency originates. Doing so could be mean the difference between profit and making a loss.