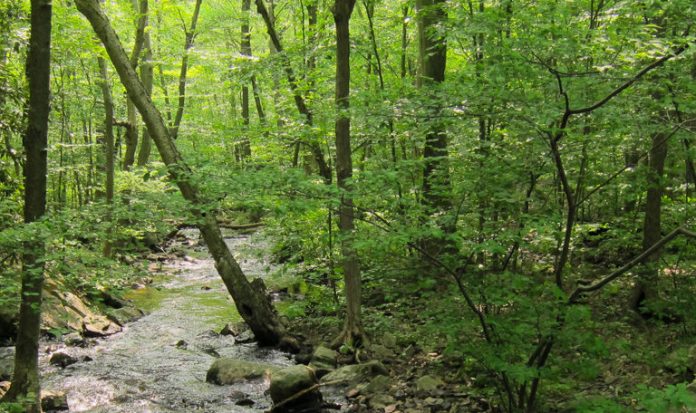 More than one-fifth of current greenhouse gas emissions in the United States could be kept out of the atmosphere and stored in the land, according to new research.

A study led by Joseph E. Fargione, director of science at The Nature Conservancy, looks at the natural solutions that could help the US do its part to keep global warming below 2 degrees Celsius (approximately 3.6 degrees Fahrenheit), the goal adopted by the 195 countries who signed the Paris Climate Agreement in December 2015.

Fargione and team examined 21 natural climate solutions that increase carbon storage and help avoid the release of greenhouse gases into the atmosphere, including conservation and restoration initiatives as well as improved management of forests, grasslands, farmlands, and wetlands. According to a study published in the journal Science Advances last week detailing their findings, the researchers’ analysis reveals that all of these natural climate strategies combined could reduce global warming emissions by an amount equivalent to about 21 percent of US net emissions in 2016.

“We found a maximum potential of 1.2 (0.9 to 1.6) Pg CO2e year−1 [petagrams of CO2 equivalent per year], the equivalent of 21% of current net annual emissions of the United States,” the researchers write in the study. “NCS would also provide air and water filtration, flood control, soil health, wildlife habitat, and climate resilience benefits.”

The majority — some 63 percent — of the climate mitigation potential of natural solutions in the US is due to increased carbon sequestration in plant biomass, with 29 percent coming from increased carbon sequestration in soil and 7 percent from avoided emissions of methane and Nitrous oxide. Of the 21 natural solutions the researchers analyzed, increased reforestation efforts had the largest carbon storage potential, equivalent to keeping 65 million passenger cars off the road.

Forests provide a number of other solutions with great potential, such as increasing carbon storage by allowing longer periods between timber harvests and reducing the risk of mega-fire through controlled burns and thinning of forests, the researchers found.

“One of America’s greatest assets is its land. Through changes in management, along with protecting and restoring natural lands, we demonstrated we could reduce carbon pollution and filter water, enhance fish and wildlife habitat, and have better soil health to grow our food — all at the same time,” Fargione said in a statement. “Nature offers us a simple, cost-effective way to help fight global warming.”

Fargione and his co-authors note that close to a million acres of forest in the US are converted to non-forest every year, mostly as a result of suburban and exurban expansion and development, but that this source of greenhouse gas emissions could be addressed with better land use planning.

“Clearing of forests with conversion to other land uses releases their carbon to the atmosphere, and this contributes to rising temperatures,” said co-author Christopher A. Williams, an environmental scientist and associate professor at Clark University in Massachusetts. “Land owners and land managers are thinking about how they might use their land base to slow the pace of climate change, but until now they lacked the data needed to assess this potential.”

Williams added: “We estimated how much forest is being lost each year across the U.S., and the amount of carbon that releases to the atmosphere. Turning these trends around can take a dent out of global warming, and now we know how much and where the potential is greatest.”

The researchers also estimated the emissions reductions that could be accomplished for $10, $50, and $100 per megagram of CO2 equivalent, and found that 25 percent, 76 percent, and 91 percent, respectively, of the maximum mitigation could be achieved at those prices. This is a key finding, they say, because “a price of at least USD 100 is thought to be needed to keep the 100-year average temperature from warming more than 2.5°C, and an even higher price may be needed to meet the Paris Agreement <2°C target.”

US President Donald Trump has said he plans to withdraw the United States from the Paris Climate Agreement, but the earliest any country can do so is 2020. The US’ Nationally Determined Contribution under the Paris Agreement calls for the country to reduce greenhouse gas emissions 26 to 28 percent below 2005 levels by 2025. Reaching that goal will require the US to drastically scale back the burning of fossil fuels, but this new study shows that NCS will also have a crucial role to play.

“Reducing carbon-intensive energy consumption is necessary but insufficient to meet the ambitious goals of the Paris Agreement,” the researchers write. “Comprehensive mitigation efforts that include fossil fuel emission reductions coupled with NCS hold promise for keeping warming below 2°C.”

‘The environmental crisis is a moral one’