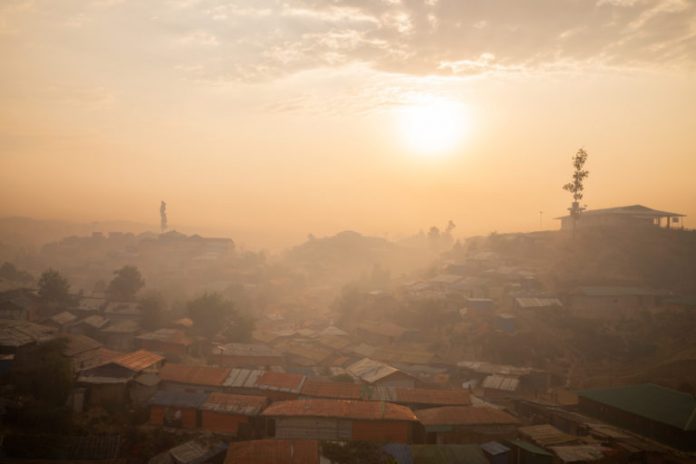 There are also increasing concerns about water scarcity, which is connected to deforestation. Even before the August 2017 influx, parts of the region already suffered from water shortages. That was exacerbated by the sheer number of people now drawing from the same water sources. Agnew said those sources were not replenished last year, when there was also an unusually dry rainy season; most of the water simply ran straight back into the sea because the deforested hills lacked the required greenery to pull rainwater back into the aquifer.

A March 2019 report by the U.N.’s International Organization for Migration (IOM), which runs the humanitarian response, categorized 29,000 Rohingya as facing “very high severity” water shortages, the most extreme category. Some 300,000 were only a level better, meaning that more than a third of refugees had serious problems accessing water.

The effects are visible. In places where water pumps have run dry, the refugees rely on tanks of water that are trucked in daily and distributed at fixed hours. Rows of plastic water cans sit in rows as camp leaders try to ensure the fair share is assigned to the dozens of refugees huddled around a few flimsy taps coughing out the precious supply.

In Ismail’s section of the Unchiparang camp, south of Kutupalong, around 500 families rely on a single water source. They start queuing well before the water starts pumping at 9 a.m. and wait until it runs dry.

“Some of the people will be able to fill half a bucket, some will get nothing because it will run out,” Ismail said, pointing uphill toward the tank.

Attempts have been made to install deep tube wells, he said, but they found nothing.

“This is causing regular violence between people [at the pump] because some people get water and some people don’t. They try to get their water before others,” he said.

Ensuring no one takes more than their fair share of water is left to the camp leaders like Ismail, volunteers who are responsible for 100 families each and have to settle the arguments and occasional scuffles that break out between frustrated refugees, in the absence of any law enforcement inside the camps.

Agnew, who is working with the government on restoring the environment, said a five-year plan is being devised that will pinpoint the most effective areas to rehabilitate the forest and the water supplies, building on the work that has already been done.

Much of the planting that has been done was with deep-rooted vetiver plants aimed at stabilizing the hills. The key going forward will be to plant a variety of vegetation that will increase the health of the environment, Agnew said. A lot of the reforestation efforts will also focus on areas that will most help absorption of rain into the groundwater.

“This year’s a lot more sophisticated than last year, when we were in panic mode,” he said.

Reversing the environmental strain is also considered important for the long-term presence of the Rohingya, which seems likely as long as it’s considered unsafe for them to return to Myanmar, to avoid conflict with the area’s previous inhabitants.

‘There’s nothing left to take’

Kutupalong falls directly within part of the Teknaf Game Reserve, described by the UNDP as Bangladesh’s “most important forest ecosystem,” and the site of migratory paths used by an estimated 100 Asian elephants, bewildered by the drastic change to their environment.

At least 14 refugees have been killed by elephants that have strayed into the middle of the camps, many of them in the first year after the refugees arrived, forcing the U.N.’s refugee agency, the UNHCR, into building watchtowers and training volunteers on how to guide the animals away from refugees.

It has been harder to deal with tensions with the local Bangladeshi community, who feel they now have to compete for already scarce water supplies and lament the scale of the deforestation caused by the Rohingya chopping trees for firewood. Around four football pitches of forest were being cut down per day, according to the FAO.

It took more than a year for that to be halted, through a program to distribute cooking gas to households. Agnew said the program has not only saved the forest but stopped putting the Rohingya in conflict with locals when they go out to collect firewood.

After initially leaning on the environment to deal with the scale of the refugee crisis, Agnew said it’s now crucial to ensure future provisions for the refugees are more sustainable, before the environmental destruction becomes permanent.

“We still have time, if we put the right system in place, protect the forest and the water this year, we can still do it,” he said.

“We took and we took from this environment and it saved a lot of lives,” he said. “Now we’ve taken to the point that there’s nothing left to take. We have to start putting back.”

Kaamil Ahmed is a foreign correspondent who has reported on conflicts, labor and the environment in South Asia and the Middle East. You can find him on Twitter at @kaamilahmed. 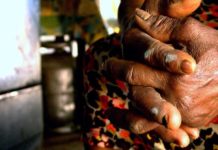 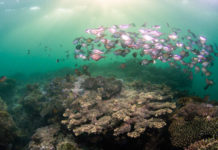