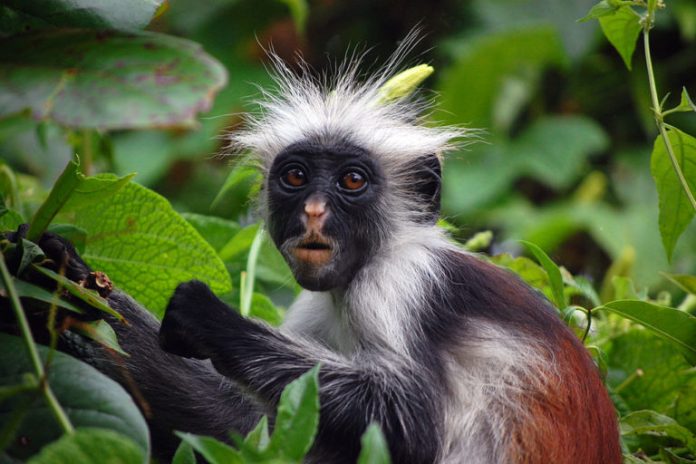 Thabit Masoud is proud of the work he and his colleagues have pulled off on Zanzibar. As part of the development NGO CARE International, they helped set up a conservation project to protect the largest remaining stand of natural forest on the island, located just off the coast of Tanzania.

The forest is home to the endemic Zanzibar red colobus (Piliocolobus kirkii), an endangered species of monkey also known as Kirk’s red colobus. The monkey, one of the rarest primates in Africa and found only on Zanzibar’s main island, had seen its population decline to less than 2,000 individuals in the 1990s. But thanks to the establishment of the Jozani-Chwaka Bay National Park in 2004, it is estimated there are now more than 5,000 individuals. The red colobus has become a flagship species for conservation success in Zanzibar, and now attracts up to 60,000 visitors per year to the national park.

But Jozani-Chwaka Bay wasn’t created with just the protection of colobuses in mind. The park was established in a participatory process with local communities, with the explicit aim that community members should benefit from the money brought in by growing numbers of tourists.

“Already before 1995, tourists had arrived and communities started realizing that the government was collecting money from monkeys,” says Masoud.

Yet it was those same monkeys that destroyed the small patches of banana or cassava that farmers were growing, undermining any incentive for conservation. “This caused huge conflict. Communities were not allowed to scare the red colobus, so they were secretly killing them — the very symbol of wildlife on Zanzibar.”

Traditionally, Masoud explains, most of the income from tourism would go to the government, even under the joint forest management (JFM) system that was introduced in Tanzania in the early 1990s. Although an improvement over purely state-managed conservation approaches, JFM has generally failed to provide sufficient benefit to local communities, particularly to the poorest households that depend most on forest resources for their livelihoods.

Masoud, currently program director of sustainable agriculture and land management for CARE in Tanzania, facilitated a process in which farmers and community members became shareholders in the Jozani conservation project. Today, half of all revenue generated by the national park remains with the central government, while the other half goes directly to various local community organizations. Part of this is spent on compensation for damaged crops, with the remainder supporting local schools or other community projects.

A recent study highlighted how this relatively generous revenue-sharing program contributes to all 17 Sustainable Development Goals (SDGs) on Zanzibar via a diverse range of effects, such as new business opportunities or credit schemes, improved road access, power lines and water supplies, or the establishment of women’s groups.

The new research suggests that substantial improvements have been made in recent years. Studies conducted between 2006 and 2009 showed how despite the community management approach adopted in Jozani-Chwaka Bay, villagers resented restrictions the project imposed on their use of the forest.

Masoud says CARE’s engagement has substantially reduced this conflict over time. For example, the communal funds support alternative livelihoods such as beekeeping.

However, Florian Carius, lead author of the most recent study, told Mongabay that although
revenue-sharing with local communities had improved overall attitudes toward conservation, all key informants in the study agreed that crop losses were still frequently higher than the compensation received.

At the same time, deforestation on Zanzibar remains high, due to an increasing population that needs land for housing and farming. According to researchers from the Wildlife Conservation Society (WCS), which supported the creation of the national park together with CARE, this continues to threaten the survival of the red colobus. The researchers estimate that currently almost one-third of the monkeys live outside protected areas. More protected land for the rare primate is needed, they argue, but expanding protected areas could potentially stoke fresh resentment toward conservation efforts.

One way to solve this conundrum could be via a carbon sequestration scheme, Masoud says. CARE plans to facilitate the selling of carbon credits generated by the project through Norway’s forest initiative. It could potentially provide the much hoped-for benefits to individual farmers and community members.

Zanzibar has the advantage of being a major tourist attraction. But Masoud says the community management scheme used in Jozani-Chwaka Bay could just as well provide a model for improved revenue-sharing in less touristic places across Tanzania. “Revenue can come from sustainably harvested forest resources as well. But importantly, the premise should be that communities are able to benefit adequately.” 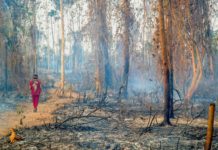 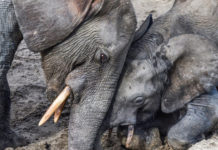 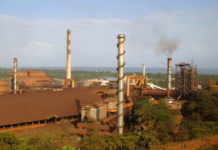