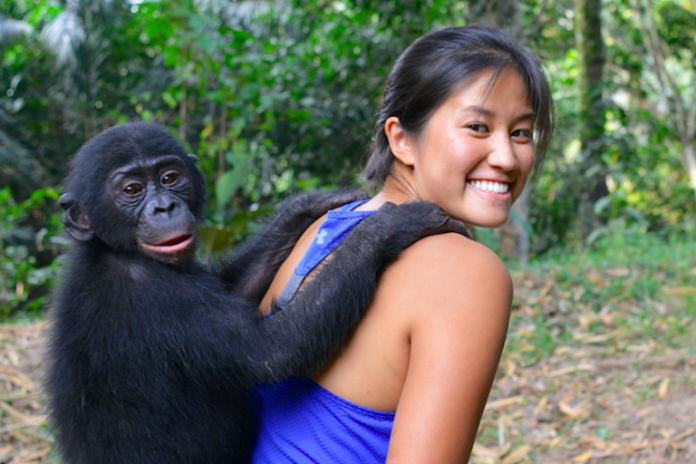 Laurel Chor is a Hong Kong-based photojournalist and filmmaker. A National Geographic Explorer, Ambassador for the Jane Goodall Institute-Hong Kong, and founder of Hong Kong Explorers Initiative,  she will be speaking at Ecosperity, June 5-7 in Singapore, and will also act as a judge for Shoot for Sustainability, a regional photo competition organized by National Geographic and Temasek. In the run-up to that, Mongabay caught up with Laurel to ask about her work.

Erik Hoffner for Mongabay: Hong Kong is a city of 7.3 million and isn’t known for its biodiversity, but rather for its steel and concrete. Yet there is a good amount of undeveloped land, can you describe its natural heritage?

Laurel Chor: Hong Kong harbors an incredible biodiversity, with many endemic species living in its forests and rivers, while pink-hued Chinese white dolphins and finless porpoises swim in its waters. The city has more coral species than the Caribbean and more reef fish species than Hawaii. Only a quarter of the land is developed, while an eye-boggling 40% is protected, with an additional five marine parks on top of the vast country parks. The best part is that much of these wild areas are easily accessible to the public by train, bus, car or ferry.

Did exposure to the city’s nature spur your early interest in the environment?

As a child, I never had much exposure to nature in Hong Kong. Before I was born, my parents immigrated to Canada and I spent the first five years of my life there. My strongest memories from my time in Canada are of the hours I spent alone in our backyard. There, I studied all sorts of bugs and my natural curiosity was allowed to run free. But when we moved to Hong Kong, I suddenly lacked easy access to nature. No one took me outside – spending time in nature is simply not a part of mainstream culture, at least at the time. But I think the relationship with nature that was kindled in my backyard continued to grow, and I always yearned to work with animals.

When did you found the Hong Kong Explorers Initiative and what are its mission and activities?

I started the HK Explorers Initiative in 2013 thanks to a grant from the National Geographic Society. It’s just a small project I run on the side. The aim is to encourage people to explore and appreciate Hong Kong’s wild side. I mostly give talks to schools, public or corporate audiences about Hong Kong’s nature. Most recently I helped to organize a night safari for refugees, where we went looking for amphibians in a rural area near the Chinese border.

Jane Goodall appointed you as her institute’s ambassador in Hong Kong. How did that come about and what do you do in that role?

In 2013, I interviewed her in London for a documentary about the ivory trade, in which I went undercover and posed as a buyer at an ivory market in the Democratic Republic of Congo. At the end of the interview, she asked me if I would like to be an ambassador for the Jane Goodall Institute in Hong Kong. It is one of the biggest honors of my life and a day I will never forget. I help the institute’s staff and board members whenever I’m needed, whether it’s helping with taking photos and making videos, or giving talks and figuring out fundraising strategies.

How did you get going on the media path to the point that you’ve served as Asia producer for VICE News Tonight and are now a writer and explorer for National Geographic?

I’ve been passionate about photography since a young age, and picked up writing later when I realized I needed to provide context for my photographs! I’ve always been interested by a wide variety of topics, but it wasn’t until later that I realized that there was a common thread: I enjoyed telling people about what fascinated me. I got a job at a local blog called Coconuts Hong Kong and that’s where I really cut my teeth as a journalist.

You’ve covered stories all around the world, from wildlife trafficking to conservation research, what concerns you about the current state of conservation and where do you see the most cause for optimism?

What concerns me about the state of conservation is that conservationists aren’t working hard enough to make sure their educational efforts are reaching their target audiences effectively. We need more evidence-based solutions to figure out how to raise awareness and change behaviors.

Young people are the biggest cause for optimism. They are informed, aware, and willing to make a stand because they know that their future is being robbed because of apathy, greed, and inaction. I also see trends that give me hope: the rise in vegetarianism and veganism, or how companies are working on reducing their impact on the environment.

As a journalist, photographer and filmmaker, you’ve accomplished a lot; what advice do you have for young people who’d like to succeed in these fields?

If you want to write, take photos or make videos, then you need to go out and do it! All you need is a smart phone these days. I see so many young people waiting for permission to create, when in fact they don’t [need to].

Your recent feature for National Geographic was about the resurgence of Hong Kong’s largest native terrestrial animal. How are residents reacting to the influx of wild boars?

I think reactions vary widely, from people who see them as pests to those [who] are simply amused. To be honest, it’s nice to see people being curious and even loving towards wild animals – although those feeding them need to stop as it’s not good for people nor the boar in the long term!

A favorite Hong Kong-related article at Mongabay is about the critically endangered Romer’s tree frog, which still persists on the island against all odds, have you seen this tiny example of your native fauna?

I haven’t seen a Romer’s tree frog personally but it’s an example I often give of Hong Kong’s amazing endemic species! Unfortunately on my last night safari, the guides mentioned that they are having a harder time seeing more and more frogs as time passes, possibly due to pollution and development.

They’re a lot less visible than wild boars, do city residents know about them?

Sadly, I don’t think people know much about Romer’s tree frogs, or any of the city’s other endemic or native species. A lot of people even seem to think the Chinese white dolphins are completely gone from Hong Kong waters, which isn’t even true! I’d love to get more people out to see our beautiful dolphins, as so many residents have yet to see them. My point is: we have a long way to go before Hong Kong residents are truly informed about the beautiful nature and wildlife the city has.

What else would you like Mongabay readers to know about the nature of Hong Kong?

No visit to Hong Kong is complete without a hike. The best part about living in Hong Kong is its easy access to nature despite being a big city.

Learn more about Laurel’s work at www.laurelchor.com or find her on Twitter via @laurelchor. 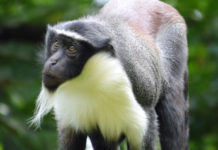 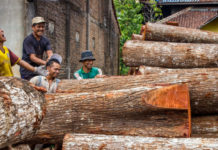