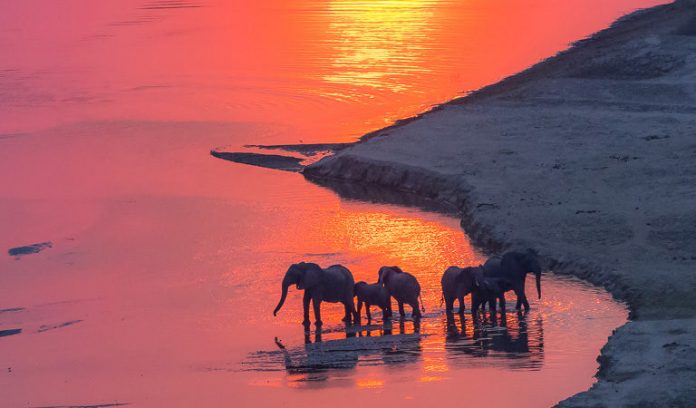 The elephant poaching epidemic continues to tear across the African continent. It’s even reached remote refuges in recent years, like the Luangwa Valley in Zambia, where poaching deaths began surging in 2014.

But last year, a conservation team working with local communities to stem those losses reached a remarkable milestone in North Luangwa National Park.

“We did not lose any elephants” to poaching in 2018, said Solomon Chidunuka, the warden for Muchinga province who works with the North Luangwa Conservation Programme. It’s a success story that Chidunuka and his colleagues say would not be possible without the participation and support of the tens of thousands of people who live around the park.

Poachers have killed more than 90 percent of Zambia’s elephants since the 1950s. Some 250,000 elephants once plied the country’s savannas, but the poaching crisis of the 1980s whittled those numbers down to just 18,000 by 1989. Despite some recovery in the intervening years, intense demand for ivory over the past decade has kept the pressure on Zambia’s elephants, tracking a broader, continent-wide decline of 8 percent a year, according to a 2016 study.

The Luangwa Valley, a tendril of East Africa’s Great Rift in northeastern Zambia, has long been a sanctuary for thousands of elephants (Loxodonta africana). Researchers figured in 1975 that there were around 86,000 elephants in the valley’s 40,000 square kilometers (15,400 square miles). Though nothing like the historical highs, a recent survey by Zambia’s Department of National Parks and Wildlife found around 14,000 elephants across the Luangwa ecosystem, nearly two-thirds of those left in Zambia.

Five years ago, poaching increased sharply in the Luangwa Valley. In the national park, 14 elephants were killed in 2014 and 16 in 2015, with dozens more in the 22,000-square-kilometer (8,500-square-mile) North Luangwa ecosystem that includes the game management areas surrounding the park. Before 2014, finding even 10 poached carcasses a year across the entire North Luangwa ecosystem would have been a shock, said Ed Sayer, project leader for the North Luangwa Conservation Programme, which is run jointly by the Frankfurt Zoological Society (FZS) and Zambia’s Department of National Parks and Wildlife.

Zambia’s Wildlife Act of 2015 requires that local people are consulted about — and benefit from — hunting and tourism near their homes. But, Sayer said, bureaucracy and corruption can slow the flow of those funds to a trickle; the money often arrives a year or more after it should have been delivered.

What’s more, “Most of the decisions meant to be done by the community are done in Lusaka,” Zambia’s capital, Sayer said. “As long as [the communities are] cut out of the deal, then why should they care?”

With little power, community members don’t have an incentive to stop the poachers, report them to officials, or refrain from poaching.

Foreign demand drives the quest for more ivory. And though arrest records show that illegal hunters came from beyond the region or Zambia itself, locals were also sometimes recruited to actually shoot the elephants. In other cases, local communities were “turning a blind eye,” Sayer said.

“If we really want to protect these large landscapes, we have to ensure full community engagement and ownership and their access to the revenue from them,” Sayer said. “Our strongest form of defense is the local community.”

From its inception in 1986, the conservation program that Sayer runs was initially focused on policing the park for poachers. But recently, he and his colleagues have worked to emphasize community involvement. Sayer said the staff have worked to bridge the divide between local people and government authorities.

“We’re pushing hard with government to try and change the policy with regards to benefit sharing,” Sayer said.

Their discussions with government officials have led to greater transparency and less “elite capture” of those revenues earmarked for the communities, Rodgers Lubilo, a senior technical adviser for community-based natural resource management programs with FZS, told Mongabay.

On the ground, Lubilo and his team of 14 community conservation officers work in five communities that are home to between 60,000 and 70,000 people, he said. With funding from FZS, the team’s beekeeping, microfinance and sustainable fishing and forestry management projects in the towns provide critical alternatives to the financial allure of poaching.

“Our community structures around North Luangwa I think are the best at the moment across the country,” Lubilo said, and the park has come to be seen as “an economic hub for the region.”

FZS attributes the decline in poaching to the work with the communities, as well as the partnerships with local leadership and federal government agencies. But with that success has come an increase in the number of run-ins with elephants, so the organization has trained community members to guard their homes and villages.

“We can’t just have an increasing number of a wildlife and then a local community that’s not benefitting,” Sayer said.

For example, smearing fences around crops with chili paste wards off hungry (and potentially destructive) elephants. And if the animals get too close to their homes or farms, trained guards use “chili blasters” to launch pepper-filled “bombs” to scare the elephants away without hurting them.

“So far, it seems to be working very well,” Lubilo said.

Community scouts who are trained and outfitted by FZS also augment the force of government-employed wildlife police officers patrolling the park. At any given time, there are 10 to 12 teams of up to five wildlife police officers patrolling the park’s 4,636 square kilometers (1,790 square miles). They’re charged with keeping elephants and other wildlife — including Zambia’s only black rhinos (Diceros bicornis) — safe from poachers.

“We don’t leave any gaps in the national park,” said Chidunuka, who oversees the teams.

He said that FZS makes sure the officers are trained and well-resourced with the latest equipment and a unit of detection dogs that can alert their handlers to the presence of hidden ivory, rhino horns, bushmeat and ammunition. Scouts also capitalize on their connections in the communities, gathering intelligence on any potential poaching that might go on.

The result for one of the country’s key elephant landscapes is clear, Chidunuka said: “North Luangwa National Park is the best protected national park in Zambia.” By 2016 and 2017, the number of elephants killed by poachers was cut roughly in half compared to 2014 and 2015.

Another 150 or more officers patrol the buffer zones around the park in an effort to halt elephant poaching there as well. These areas saw a 50 percent decrease in the number of illegally killed elephants in 2018.

The government, through concession holders on these state-owned game management areas, collects hefty fees from foreign hunters who come to legally shoot big game, of which about 30 percent ends up back in the hands of community resource boards.

This income stream is critical to making the economics of conservation in the park and the broader ecosystem work out.

“It’s a very good form of revenue for the community, and it is what makes these areas viable,” Sayer said. Money comes in from safari-goers snapping photographs too, albeit at a lower rate per visitor. For the communities, he added, “It’s important to have eggs in both baskets and diversify.”

But, Sayer said, they’d like to see the communities get even more. Without tangible benefits reaching local communities, he added it’s unlikely that they could have reached such a formidable achievement in North Luangwa as knocking out poaching entirely — or that they’ll hold the line against poachers in the future.

“Communities need to be integral to all decision making in their areas and be able to choose what forms of operation take place there,” Sayer said. ”They could be our number one asset.”

The elephants that now romp through the savannas of North Luangwa unharried by poachers seem to indicate that the communities already are.

Banner image of a group of elephants seen in a river at sunset in North Luangwa National Park, Zambia © Daniel Rosengren/FZS.

Department of National Parks and Wildlife. (2016). The 2015 Aerial Survey in Zambia. Population Estimates of African Elephants (Loxodonta africana) in Zambia. 1. 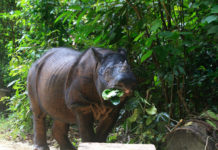 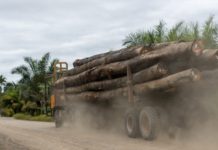 Dams on the Mekong are causing mayhem