The Covid-19 pandemic is adding to already severe health concerns in communities without adequate freshwater.

Last summer was among the hottest on record in Europe, with record high temperatures that sent millions of people across the continent seeking shelter from the heat. This summer, experts warn, will be no different as a result of climate change – even after months-long lockdowns worldwide cut carbon emissions by 17% compared to last year.

Yet it isn’t just prolonged heatwaves that should worry us. So should depleted freshwater sources. Much of France, for instance, is expected to suffer from prolonged droughts between now and September.

Water shortages won’t be limited to Europe, of course. Across much of Africa and Asia, where freshwater sources are already scarce as it is, extreme droughts will make matters worse for hundreds of millions of people in the years to come.

According to the United Nations, around 800 million people lack even basic access to drinking water worldwide, while at least 2 billion people need to rely on badly contaminated water sources, which spread diarrhea, cholera, dysentery, typhoid and other potentially deadly diseases.

“Contaminated drinking water is estimated to cause 485,000 diarrheal deaths each year,” the UN notes. Of these deaths more than 360,000 are children under 5 years of age. “By 2025, half of the world’s population will be living in water-stressed areas,” the UN adds. “In least developed countries, 22% of health care facilities have no water service, 21% no sanitation service, and 22% no waste management service.”

Worse, the current Covid-19 pandemic is adding to already severe health concerns in communities without adequate freshwater sources. In February this year, researchers suggested the novel coronavirus that causes the Covid-19 disease could potentially also spread in human urine and feces.

Regular hand-washing is recommended as an effective way to stop the virus from being transmitted, yet in communities where freshwater is scarce or badly contaminated – or both – even such a basic form of hygiene is literally beyond the reach of most people.

One solution to the problem of water shortage is bottled water, as it provides a safe source of water for drinking and other uses. However, this can only be a temporary alternative. A truly long-term solution requires new approaches to deal with acute water shortages.

Some companies are working on just such solutions by moving towards 100% recyclable, reusable or compostable bottles made possible by innovations such as biodegradable plastics. Avantium, a biochemical company in the Netherlands, is for one seeking to mass-produce plant-based bottles that decompose naturally within a year. The project is backed by Coca-Cola and Danone and could be a big step towards decreasing plastic pollution, particularly microplastics, and reduce reliance on fossil fuels.

The growing pressures on potable water resources also means that more ocean water needs to be processed in order to be made available as drinking water. Turning seawater into freshwater through desalination powered by renewables such as solar and wind energy will therefore likely expand in scale. If done sustainably, desalination can guarantee plenty of freshwater year around even in parched landscapes, as it already the case in Saudi Arabia, the largest producer of desalinated water.

In addition, businesses, including agricultural ones, can do their part by improving their freshwater management practices so as to waste far less water needlessly. Doing so should often start by assessing risks to water supplies, including prolonged droughts, with effective technological tools.”Corporate water risk assessment is the first step to water stewardship and is indeed the most important one,” stresses Tom Williams, director for Water at the World Business Council for Sustainable Development.

The coronavirus crisis is pushing society to become more sustainable and for businesses to change their ways. Water, perhaps the most important resource, shouldn’t be excluded from this transformation. 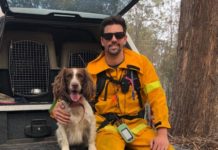 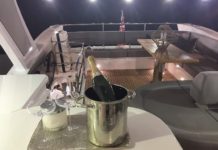