Brazil’s railway network spans some 30,000 kilometers, or nearly 19,000 miles, but researchers know little about its impact on wildlife. What’s clear, though, is that wildlife kills are the most striking issue.

“Railways are often remote, and they are rarely visible to us. So we end up not seeing the impacts associated with them,” says biologist Bibiana Terra Dasoler, a researcher at the Center for Road and Rail Ecology at the Federal University of Rio Grande do Sul (NERF-UFRGS).

While data on the impact to wildlife of railway operations remain scarce, this mode of transportation is expanding in the country. New lines are under construction and, after a 2021 executive order established licensing by federal government authorization (a process with less red tape than the system of concessions), the Ministry of Infrastructure received 76 applications for the construction and operation of 19,000 km (11,800 mi) of new private railways.

This flurry of activity comes despite the current dearth of studies on the impacts of vegetation suppression, habitat fragmentation, the barrier effect — when track structures and deforestation hinder or prevent wildlife movement — as well as noise and soil pollution.

As already happens with roads, animal kills on railway lines are drawing more attention, and the issue is beginning to be studied by researchers, operators and managers of Brazil’s rail network. However, unlike roads, where an estimated 475 million vertebrates are killed annually, according to the Brazilian Center for Road Ecology, figures on wildlife killed by trains in the country are still unknown.

Rubem Dornas, a biologist with a master’s degree in analysis and modeling of environmental systems from the Federal University of Minas Gerais, points to the common belief that fewer animals are killed on railways than on roads. In addition to lack of research, the fact that train traffic is lower than car traffic often reinforces that impression.

“We used to think that railways’ impact was lower than that of highways, but recent monitoring has found a high number of wildlife casualties,” says Dornas, who focused his master’s research on the number of cane toads (Rhinella marina) killed on a railway line in the Brazilian Amazon. He came up with a figure of 10,000 per year.

Dornas worked with data from an unprecedented method for monitoring wildlife on long sections of railway track. Biologist teams walked 871 km of the 892-km (541 out of 554-mi) section of the Carajás railway line in Pará and Maranhão states, which is used to transport iron ore. They didn’t cover the section of line cutting through Carajás National Forest because of lack of authorization.

By conducting their monitoring on foot, the researchers could locate small animals that would go unseen from motor vehicles. They scanned the area covering the tracks and a 3-5-meter [10-16-foot] strip on either side of the tracks. Their estimate for dead cane toads was based on the total number of animals found (9,091 carcasses) and the time the carcasses remained on the tracks (38 days on average), which gave them a figure of 10,233 toads killed per year.

But not all the dead toads had been hit by trains. The study also found that some had died from desiccation (loss of water) and barotrauma (sudden change in pressure caused by vehicles passing at high speed). For those that died of desiccation, it’s believed the tracks posed a physical barrier that prevented them from crossing to bodies of water on the other side, and left them exposed to temperatures of up to 51° Celsius (124° Fahrenheit).

“The impact of the barrier effect seems to be the biggest difference between railways and roads,” Dornas says. With roads, “there is usually no obstacle for wildlife to cross from one side to the other. Railway tracks, in turn, are a vertical structure that prevents normal crossing, especially for small animals that can’t jump over them easily.”

Mining company Vale, which operates the Carajás line, reported having a specific program to monitor and assess wildlife along the railway, with measures to reduce hits and other adverse impacts.

“Currently, there are 61 wildlife crossings in specific locations along the railway, which work as mitigation controls and were established based on monitoring carried out over time,” Vale said in a statement.

The first two vegetated overpasses for wildlife in Brazil were built on the 101-km (63-mi) branch line that connects one of Vale’s iron ore mines, in Canaã dos Carajás municipality, to the Carajás railway in Parauapebas. In previous reporting, Mongabay highlighted the importance of these structures to maintain connectivity between fragments of preserved vegetation and reduce the barrier effect and thus the number of animals hit by trains.

Armadillos and tapirs and more

In 2020, rail ecology researcher Dasoler concluded her study on mammals hit by trains on the 750-km (466-mi) north branch line of the Carajás railway, which passes by 79 important protected areas and is used mainly for grain transportation. The study estimated that 4,286 animals weighing 1-260 kilograms (2.2-573 pounds) were killed by trains between January 2015 and November 2016.

Dasoler worked with data from Rumo Logística, the company that holds the concession to operate the railway line. Like Dornas, she counted the number of dead animals found during foot and vehicle-based monitoring.

The vast majority of the animals she found, 1,459 out of 1,950, were yellow armadillos (Euphractus sexcinctus). Of the 20 other species she recorded, there were 217 tapirs (Tapirus terrestris), 45 giant anteaters (Myrmecophaga tridactyla), 22 maned wolves (Chrysocyon brachyurus), and a puma (Puma concolor).

According to Dasoler, the numbers that she and Dornas found in their respective studies indicate that the true number of wildlife hit by trains is quite significant.

“Brazil’s road network is much larger than its rail network, so we would think that roads’ impacts are stronger. But we have to measure them proportionally,” she says.

In Mato Grosso state, construction work has begun on Brazil’s first railway line designed to reduce impacts on wildlife. Connecting the state capital, Cuiabá, to the municipalities of Rondonópolis and Lucas do Rio Verde, the State Integration Railway, also operated by Rumo Logística, will run 743 km (462 mi) and pass through 16 municipalities. The project’s innovation lies in its predictive study on wildlife hits, says biologist Paula Prist.

Prist is a researcher and partner-director at ViaFauna Estudos Ambientais, the company commissioned by Rumo Logística to conduct a study to help prevent wildlife hits on the new railway line.

“We proposed the use of predictive models, a statistical tool that is widely adopted in academia, both in Brazil and abroad, and which could be useful for the situation,” she says.

“We used data on wildlife hits collected between 2013 and 2017 from a railway located in the same biome and with similar wildlife and landscape,” Prist says. That railway? The same one that Dasoler focused on for her research on mammals hit by trains.

The predictive model indicated critical zones for wildlife casualties in general and specifically for tapirs and peccaries (Tayassu pecari), threatened species that are often hit in the area. In addition to identifying the spots with the highest potential for train hits, ViaFauna’s work recommended the installation of underpasses and overpasses as well as fencing along each of the high-risk sections.

According to Rumo Logística, the new railway will have 155 wildlife crossings, including underpasses, suspended crossings for arboreal animals and a vegetated overpass — the first of its kind in Mato Grosso state. The company also said it will install 126 km (78 mi) of fencing to funnel wildlife to these crossings. During the construction and operation of the railway, a monitoring system is planned for locating cases of wildlife hits and providing care for injured animals, the company added.

“A model is a model,” Prist says. “We can’t expect models to eliminate hits in the projects that will be built, as this is virtually impossible for several reasons. But if we try and get to prevent the maximum number of hits, we win.”

Using predictive models to mitigate wildlife hits isn’t a requirement in railway environmental licensing. According to Dornas, while some decision-making is still not based on evidence, these procedures have improved in recent years.

“This conflict is not very easy to solve because of the licensing process itself, which is complex and subject to political intervention,” he says.

According to Dasoler, wildlife inventories conducted under the environmental impact studies that are a requisite in license applications help to identify the species that occur in a project site, but don’t measure the project’s impact on the wildlife.

“In general, assessments do not provide information about the sensitivity and weaknesses of the environments involved and therefore are unnecessary or not applicable,” he says.

But despite the doubts about the effectiveness of environmental licensing processes when the focus is wildlife, Cruz says there’s high interest from environmental agencies in advancing studies and improving the process.

“It seems to me that we are all citizens who share an interest in improving the country’s logistics infrastructure in the most sustainable way possible, preserving the environment and, when possible, correcting environmental liabilities,” he says.

Banner image of a cane toad hit on the Carajás railway line, courtesy of Rubem Dornas.

This story was reported by Mongabay’s Brazil team and first published here on our Brazil site on Aug. 22, 2022. 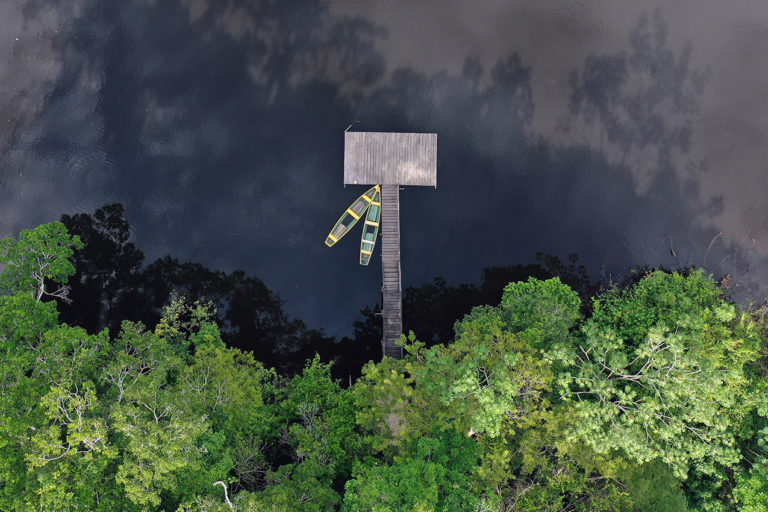 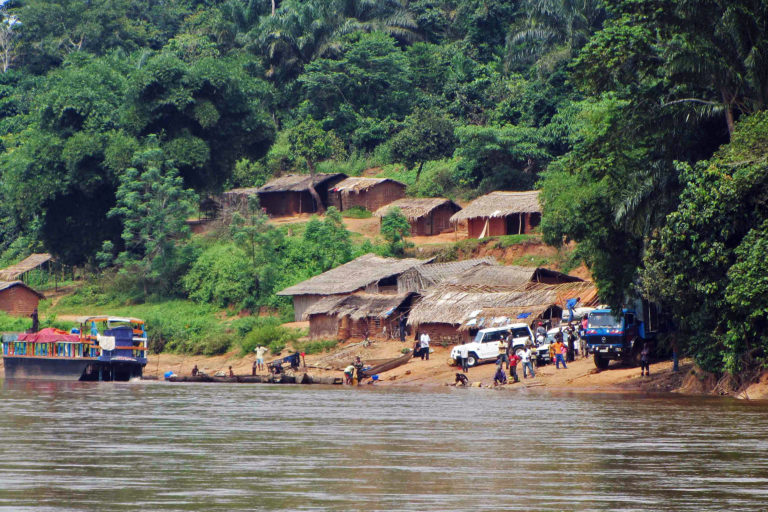 The mine leak was bad. The DRC and Angola’s response are no better, report says 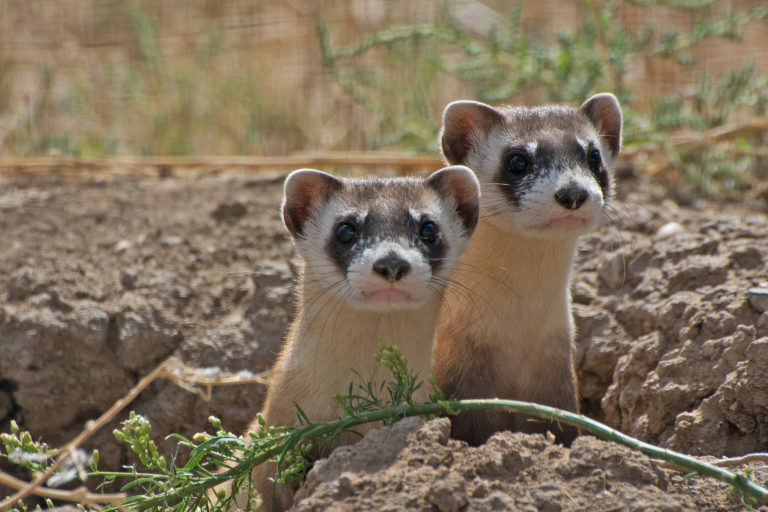