With over 96 billionaires and a total net worth of $355 billion, Russia is the fourth country with the most billionaires in the world according to Business Insider.  And if taking 200 businessmen into account, the total wealth of Russia is $496 billion.

So here is a list of the richest businessmen and entrepreneurs of Russia today:

Starting the list of top Russian businessmen is Leonid Mikhelson. Mikhelson is the founder and chairman of natural gas producer Novatek. He was born in southern Russia in 1955 and graduated from the Kuybyshev Engineering and Construction Institute. His total net worth according to Forbes is $24 billion.

In 2017, he bought a 17% stake in Sibur, a gas-processing and petrochemical company from Putin’s former son-in-law, Kirill Shamalov. His partner in both Sibur and Novatek is Gennady Timchenko, who is also a billionaire set up close ties to President Vladimir Putin.

Vladimir Lisin is the chairman and a majority shareholder of leading steel products manufacturer Novolipetsk (NLMK) Group. He was born in Ivanovo, Russia in 1956. He is a leading world expert on metallurgical processes as well as holding various patents on and published over 100 articles on economics and metallurgy, including 15 monographs.

After graduating from the Siberian Metallurgical Institute, he started his journey as an electrical fitter in a Siberian coal mine and then later worked as a steelworker in Central Russia. He would then go on to manage factories for a group of traders known as the Trans-World Group. When he and his partners parted ways in the year 2000, he received a majority stake in the Novolipetsk steel mill. He also operates Universal Cargo Logistics Holding, which owns railway operator Freight One as well as a couple of ports and shipping companies.

Next on the list is Vagit Alekperov. He was born in Baku, Azerbaijan in 1950 and graduated from Azerbaijan Oil and Chemical Institute and began working as Caspian Sea oil rig worker at the age of 22. After moving to Siberia, he took various senior positions for Surgutneftgaz and Bashneft oil companies. He became deputy by the age of 40 and also became the first deputy minister of Russia’s oil and gas industry.

Upon the collapse of the Soviet Union, he went on to become the head of the state of the newly created oil entity. Alekperov renamed the company Lukoil and would then help it to become partially privatized and started accumulating shares in it right after that. Today, Lukoil is Russia’s largest independent oil company and Vagit Alekperov owns about ¼ of its share.

Coming in at number four is Alexei Mordashov. He was born in Cherepovets, Russia and graduated with a bachelor’s degree from the Leningrad Engineering-Economical Institute, which is now known as ENGECON.

He started out as an economist for a steel mill called Boris Yeltsin in Cherepovets and then became the company’s financial director after the collapse of the Soviet Union. The Russian President would then change the name of the steel mill to Severstal. By that time, Alexey got most of his shares in Severstal by buying worker’s shares.

For 19 years, he served as the CEO for Severstal until his resignation in 2015, although he remains the company’s largest shareholder. He even holds 25% of the stakes in the world’s biggest travel and tourism company, TUI Group. In 2018, Alexey’s Russian power equipment producer, Power Machines, that was a joint venture with Seimens, was impacted by US sanctions.

We’ll finish off our list with Gennady Timchenko, who happens to be one of Russia’s most powerful people and has close ties with Russian President Vladimir Putin. After getting his degree in electrical engineering at Leningrad Mechanical University, he started working as a Soviet nuclear power reactor builder for Izhorsk plants. He would work there for 8 years before moving onto the Soviet Ministry of Foreign Trade where he became the deputy and of a state exporter of oil products to the West.

He would later go on to work in Urals Finland, a European importer of Russian oils. During that time became friends with Vladimir Putin and still maintains close ties with him today. He is the chairman of the Russian national hockey team KHL and is also the president of the SKA St.-Petersburg Hockey Club.

Marsha Lazareva: Marsha Lazareva is a Wharton graduate Russian entrepreneur as of recently has been getting widespread media publicity due to being sent to a Kuwaiti prison on money-laundering allegations. She served as vice-chairman and managing director of KGL investment, managing The Port Fund, where her investors included the Kuwait Ports Authority and the Kuwait Social Security fund.

Vladimir Potanin: Potanin acquired a stake in Norilsk Nickel in the midst of Russia’s privatization in 1995. These days he holds over ⅓ of the shares. Use government contacts to co-fund Onexim Bank that controlled industrial behemoths in 1993. As of today, he has stakes in pharmaceutical company Petrovax Pharm as well as ski resort Rosa Khutor near Sochi. 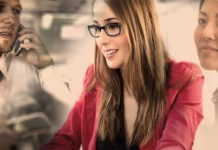 Mental health: How HR executives can be proactive in the workplace 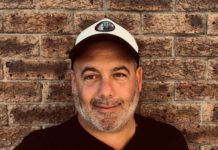