Young real estate mogul, Jeb Carty has found a way to bridge the gap between traditional real estate and the evolving demands of Millenials and Generation Z. After recognizing a flawed trend within the market while in search of his own real estate opportunities in Las Vegas, 27-year-old Jeb decided to take matters into his own hands by creating his company Zumbly. With Zumbly, users are able to make real estate investments and decisions based on data and analytics provided by Zumbly on properties that will likely benefit them not just in the long-term, but also in the short-term, if not immediate future.

Since then, he has continued to promote his take on real estate investments, one that very closely follows the trends and habits of the biggest buyers in the market— Millienials and Generation Z. We recently caught up with Jeb to hear about the genesis of his company and what’s next for he and Zumbly.

How has social media changed the landscape of real estate?

Jeb Carty: The biggest impact that social has had on the real estate industry is the wealth of knowledge that wasn’t accessible to consumers in the past, as well as realtors’ ability to show their industry expertise and demonstrate their edge they have in the market. In return, this has become a huge lead generation source for real estate professionals, which did not previously exist.

What is different about your business model compared to other real estate companies?

Jeb Carty: Zumbly is changing the American dream. We’re focused on Millennials and Gen Z. Currently, the average tenure of the generations is two years. The days of the forever, white picket fence home is dead with the new American dream being your dream, giving users financial independence to do what they want. Zumbly is helping its users achieve this by showing them homes that build their bank account rather than build debt. We instantly bring you to properties that are great homes, but are even better “moneymakers.” For example, if you find your home on Zumbly you will know before you buy it that it could potentially pay for your trip to Spain while you rent it out on sites like Airbnb, Home Away, or VRBO.

What was the inspiration behind Zumbly?

Jeb Carty: Zumbly was inspired when I was in Las Vegas looking for long term cash flow positive rental properties. I spent the entire day with a realtor looking at a dozen properties then later crunching the numbers in her office, at the end of a very long day, we were unsuccessful. I was extremely frustrated, feeling like I wasted a day that I could have spent at a pool party. That was when the words literally threw up out of my mouth “I need to build something that does this for me”. Originally, Zumbly was strictly an investor platform, but we then noticed that about 60% of our users were between the ages 22 and 35. That’s when we dug deeper and spent weeks researching. Our conclusion was that Millennials and Gen Z wanted to buy properties based on what they can do for them because of a few reasons. Reason one: With all the new apps and ways of making money “you can walk a strangers dog on the app Wag,” for example, the so-called entrepreneurial generation is used to making side money in alternative ways that weren’t around 10 years ago. Reason two: These generations are in loads of student debt and have become debt resistant compared to generations in the past where debt was just what you did. Reason three: They went through the housing crisis of 2008 and saw the devastating impact that it had on friends and family as well as the entire US economy. On top of all that, reason four: These generations want to travel, build a bank account, be financially independent, and they aren’t having kids until much later in life. The new American dream is your dream and Zumbly empowers its users financial independence through real estate.

What are some real estate tips you can share that most people don’t know?

Jeb Carty: We’re at the beginning of a new type of real estate investing i.e. short term rentals thorough sites like Airbnb. In the past, you could only make money off your property by leasing it long term, your traditional lease being typically a year long. The short-term hybrid model provides the owner the best of both worlds, encompassing both a home they can live in as well as a cash cow. Over the past couple months, people like Tai Lopez and other figures are making online information products teaching users how to leverage Airbnb. Side note— When working with Millennials and Gen Z, don’t use the term “real estate investor.” This quickly turns them off because they don’t see themselves as investors… yet. In reality, everyone is an investor. A person’s home is the most expensive thing the average person will ever buy.

What’s coming up next for you and Zumbly?

Jeb Carty: The next steps for Zumbly is expansion. Upon closing funding, we will be expanding to another 20 cities in the U.S. and will eventually be nationwide. We’re also expanding the company and brand into Australia with the intention of moving heavily into Europe. 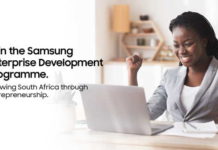