For manufacturers that use multiple channels of distribution, effectively managing channel conflict is critical to growth and customer experience.

Channel conflict occurs when manufacturers (brands) bypass their channel partners, such as distributors, retailers and  dealers by selling their products directly to consumers through general marketing methods or over the Internet. It can also be seen when there has been over production of goods, resulting in a surplus of products. Selling over the Internet while maintaining a physical distribution network is another good example of channel conflict, as customers can choose to buy directly from the manufacturer online.

There are a number of driving forces that are increasing the prevalence of channel conflict. The “New Buyers Journey” for example means that buyers are researching options on their own (usually online) and making their buying decisions before they even engage with a seller. Similarly, Inbound marketing is impacting the traditional roles of the manufacturer and their dealers. While in the past dealers were there to market your product in their region or territory, the new Buyers Journey is altering this reality.

The end customer can now easily be “sold to” directly by the manufacturer, by-passing traditional dealers. This often adds to complexity in managing channel relationships when local customers that used to rely on dealers go around them entirely.

Although there are many types of channel conflict, two cases are the most common:

Each type is typically driven by an underlying cause such as one of the following:

Now that we understand the type of conflict that our organization is facing, and what may be causing this, we can begin to address the issue. Firstly, it is important to recognize that totally eliminating channel conflict may not be realistic or even desirable. For a start, conflict indicates that you have adequate market coverage. Also, a certain amount of conflict may lead to constructive competition and improved performance across the wider business. So realistically, the goal is to manage and mitigate the drivers of conflict so that it does not become destructive, rather than attempting to eliminate it entirely.

Setting clear rules at the start of the relationship with partners is the foundation of good conflict mitigation. The following perspectives should be agreed internally within your company and discussed with partners during the enablement phase:

“Deal Registration” can also play a very effective role in managing channel conflict. In order for deal registration to play an effective role you will need to have a certain structure in place:

Channel conflict is something that needs to be taken very seriously by any manufacturing organization that works with channel partners. However, absolute elimination of the conflict should not be the goal. Instead, mitigating and managing the conflict to produce the best results for the business should be the clear objective. 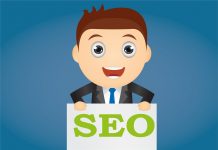 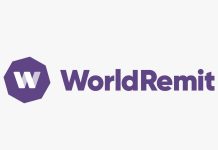 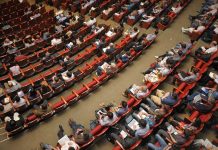 What are the tips for Shoptalk venue?