By now, thanks to the rise in social media popularity! Talents have a platform to showcase their abilities to the world. Thus, by now, we all have seen videos of athletes performing amazing football skills! Some football skills and tricks were incredible, to the point that they were not seen performed before, even though famous footballers like Neymar or even Ronaldo.

Therefore, with the prevalence of social media athletes performing these incredible football tricks, they are challenging these world known top football players in the freestyle aspect of football. These social media athletes are labelled as ‘football freestylers’ in which it refers to players that are involved with playing a sport dedicated to football skills known as ‘football freestyle’. 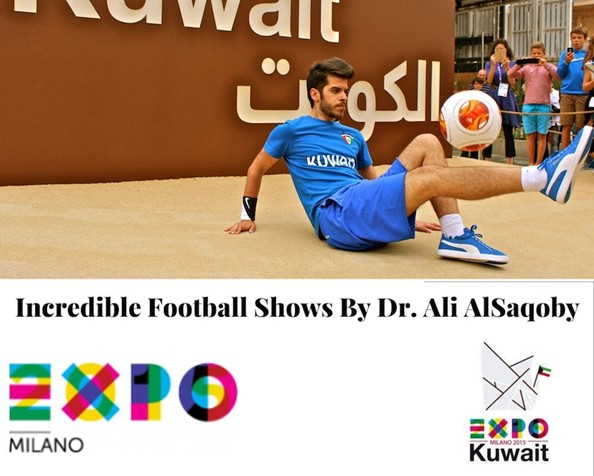 With the huge amount of football freestylers we have seen so far on the internet, there are very few that stand out from the crowd!

Dr. Ali AlSaqoby is a top football freestyle pioneer from Kuwait, not only his soccer skills makes him exceptional but also his ability to manage to be a leading dentist. Not to mention his ability to maintain his fame as a social media influencer and be an admired public figure, by local and worldwide audiences!

This dentist by profession talented man, has competed world wide with his incredible football skills. His football skills, in my opinion, even world known football players around the world would struggle to imitate! Check it out! And be the judge!

Football freestyle being an independent sport means that it has its own federation, and Dr. Ali AlSaqoby as one of the most knowledgeable of this sport got qualified to be an integral part of it.

Currently taking the lead to revolutionize the sport in the region. By starting up official championships, workshops and raising awareness to this sport through his exceptionally large following.

Last year he organized the national Redbull Street Style world qualifier championship, where the winner was chosen by him as a head judge. The winner had the opportunity to represent Kuwait in the world championships that was held back then at Miami, Florida through RedBullStreetyle. 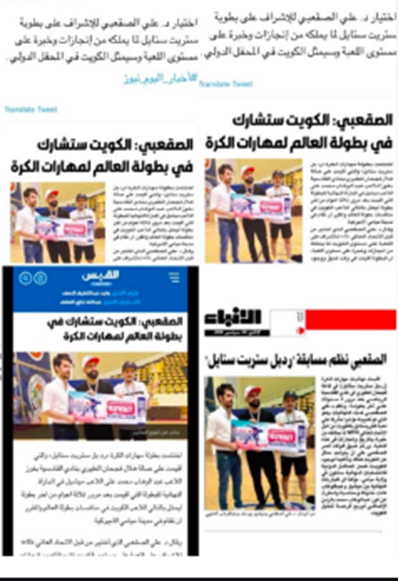 Dr. Ali AlSaqoby appearing in a photo through the newspaper giving the winner his ticket to Miami for the Redbull StreetStyle world finals.

It is an annual championship, however with the pandemic, this year’s championships had turned virtual according to Dr. Ali AlSaqoby statements to the press conference held earlier this year. 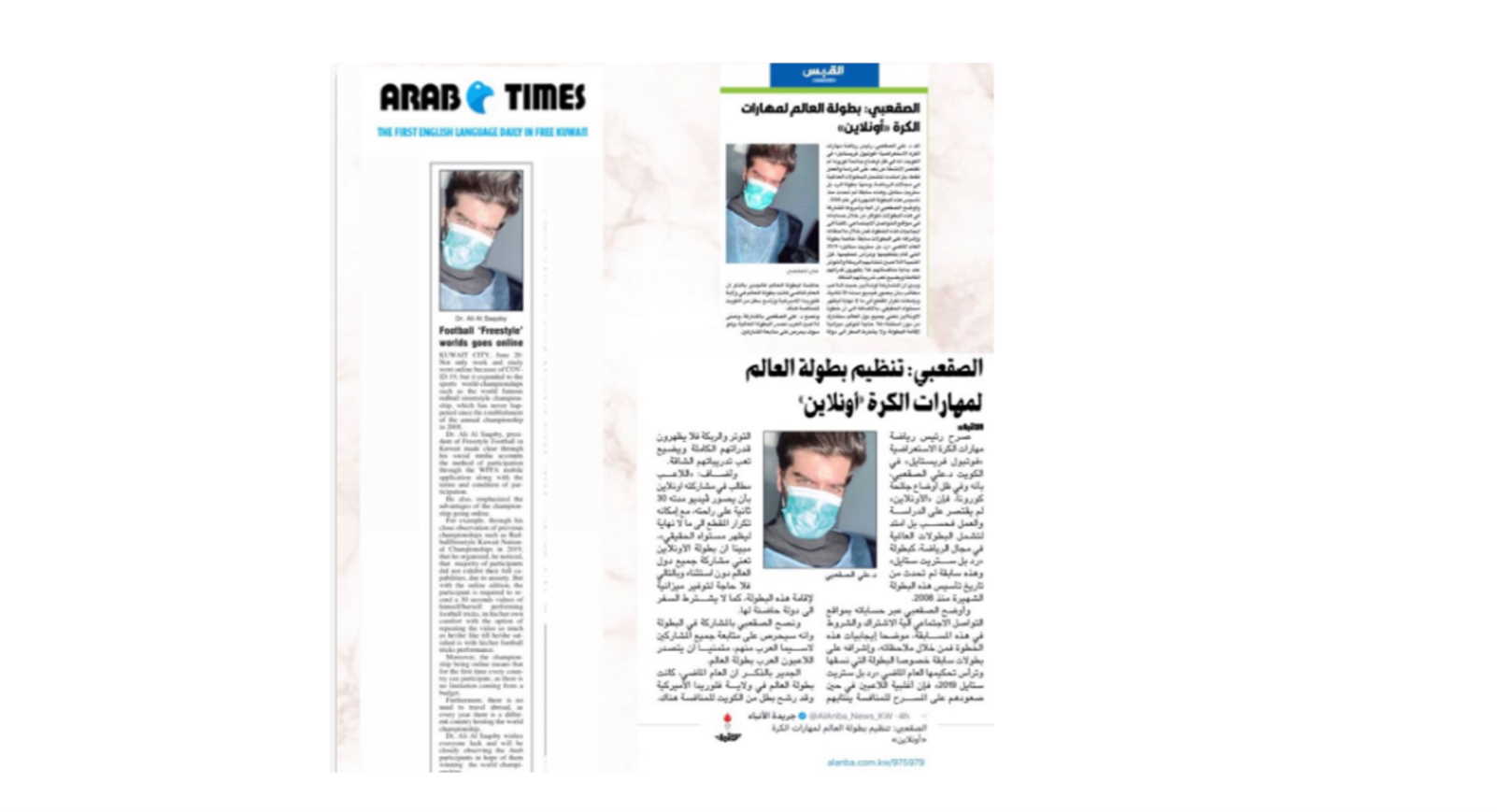 Dr. Ali AlSaqoby appearing on newspapers announcing that championships during the pandemic are held online!

Dr. Ali AlSaqoby adopted the pandemic to be creating official championships aiming to raise, not only awareness to the sport but also, the motivation of the current players during these unusual times.

In addition to his incredible achievements as a sport organizer and competitor, he was previously ranked as one of the best, and also performing worldwide as a highly demanded athlete.

He is an author, his new book release was announced last week on his official snapchat, that it will be about the sport he is passionate about and aim to revolutionize further: football freestyle.

As a follower of him since last June/July, I expect nothing less than ideal, from a person that adds brilliance to everything he puts his eyes on! That’s beside the fact that he was a previous dental scholarships student, and so writing is a walk in the park for him!

Be sure to follow this incredible man in social media for further news and updates!