The Covid-19 coronavirus pandemic has wreaked havoc on the international travel industry. As borders around the world closed in a bid to contain the spread of the virus, airlines around the world embarked on a series of repatriation flights and Air France and KLM Royal Dutch Airlines played a massive part in bringing stranded European and South African citizens home.

Wouter Vermeulen, General Manager: Southern African Region at Air France-KLM explains that the airlines worked in close cooperation with the Dutch and French embassies in South Africa, local authorities and South African embassies around the world to bring as many stranded citizens home during the pandemic. “KLM was the first foreign airline to operate a repatriation flight to South Africa on the 8th of April, shortly after lockdown started. Since then, the total number of completed and planned repatriation flights is currently 59 northbound and 42 southbound flights between our hubs and Cape Town and Johannesburg. These 101 flights represent almost 4 000 South African residents being flown back home and close to 14 000 passengers returning to Europe and beyond. At the same time, Air France – KLM flights have brought in essential Cargo like medical equipment, pharmaceuticals and PPE to assist South Africa in coping with the pandemic.” Vermeulen says.

Initially, the northbound flights were purposed for French and Dutch nationals to return to their home countries, however this evolved to the carriers transporting over 130 different nationalities via Amsterdam and Paris to their respective homes around the world.

At a time when Cockpit and Cabin crew were not allowed to enter the country, KLM recognised the necessity for these flights and ensured their repatriation process could start as soon as possible and was instrumental in organising repatriation flights via La Réunion, a five-hour flight from South Africa. The inability to conduct a crew change meant that flights had to be redirected to the French island and was a costly exercise as an extra stop meant a double crew layover on the island, longer flights and special authorization to land on the island. However, the effort was worth it and the process saw KLM land in La Réunion for the first time in history.

The repatriation process was not an easy one and despite some aircrafts carrying as little as 25 passengers,  Air France – KLM has not cancelled a single flight since the beginning of the effort to ensure that the passenger’s journey home was as smooth as possible – especially since being stranded and needing to return home is a stressful experience in itself.

The airlines also worked tirelessly to ensure that the repatriation process was as simple as possible for the embassies involved and played its part by collecting all documentation for passengers entering the country for instance as well as submitting these documents on behalf of the passengers.

“Air France – KLM’s repatriation efforts will continue as long as commercial aviation remains prohibited under South African government regulations and European nationals and others need to return home. We look forward to welcoming all passengers back on board as soon as regulations allow us to –  in a safe and responsible way,” Vermeulen adds. 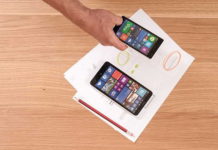 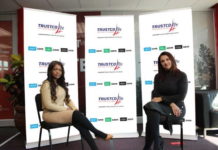 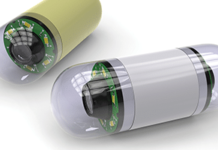