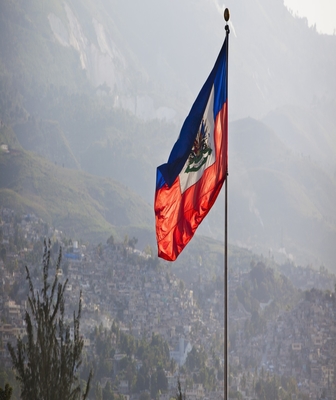 Haiti is the poorest country in the Western Hemisphere. In 2010, Haiti made international headlines for suffering a horrifying 7.0 magnitude earthquake that destroyed its capital and shook other cities. More than 250,000 people are estimated to have been killed by the quake and since that time, despite the mobilization of aid by the international communities to build the country back, but Haiti has failed to recover. Unfortunately, Haiti remains the poorest country in the world in 2020 even after billions were raised to put the country on the right path.

“Haiti was the richest country in the Caribbean once. Rich in diamonds, golds, oil, natural gas, and other worthy resources, but not anymore. Unfortunately, Haiti is now the poorest country in the world and the ONGs or NGOs are responsible too and they should be punished.”, said Mr. Werley Nortreus, a political leader and founder of Vanyan Sòlda Ayiti and A New Haiti Before 2045 (ANHB 2045).

According to investigations, Haiti is the only country in America that is poor and never prosper. However, Haiti achieved independence in 1804, but the deep scars of inequality remained. Society continued to be rigidly hierarchical and racially divisive, and the country’s post-colonial leaders exploited the general population. This social and political dynamic has persisted up until the modern era leaving a trail of corrupt officials in its wake.

“Yes, Haiti had the chance to prosper after the 2010 earthquake but it seems like the money that was donated went missing. Unfortunately, the organizations that received the money and the Haitian Government are all responsible for what Haiti has become in 2020.”, said Mr. Werley Nortreus, the political leader.

After the 2010 Haiti earthquake, billions were raised but according to multiple reports, the money went missing. After the earthquake money was raised, The American Red Cross raised another round and the amount was near billion of dollars, but according to investigations done by Haitian Lawyers and Human Rights activists in Haiti, The American Red Cross only built 6 little houses for the earthquake victims then returned to the United States with most of the money that was donated for Haitians.

“Yes, that’s true, The American Red Cross raised nearly billion dollars for the earthquake victims in Haiti, but they only built 6 little houses then ran away with the money and left Haitians for dead. Sadly, no one knows what happened to the money that they collected on behalf of Haitians.”, said Mr. Werley Nortreus on air on a local radio station in Haiti called Bon Déjeuner! Radio and BDR! Live.

After the 2010 earthquake, the international humanitarian communities donated more than $10 billion USD to Haiti. The idea was to use the opportunity of the earthquake’s destruction to create a stronger infrastructure and a more productive economy. Though progress has been made, it has been nowhere near what was promised. However, the roots of today’s development woes and political crises go back much further than the 2010 earthquake. A multitude of forces have contributed to Haiti’s current economic and political situation, four of which stand out. Sadly, no progress and nothing good is happening in Haiti in 2020.

“Yes, that’s true, the ONGs or NGOs came to Haiti a very long time ago but they never help the country and its citizens. Unfortunately, they are only in Haiti to profit and do nothing. Enough is enough and I wish I can stop them from doing Haitians wrong.”, said Mr. Werley Nortreus.

In addition to the obvious negative effects of colonialism, foreign powers have continued to play a negative role in Haiti’s development since independence. For example, even after France left the country in 1804, it required that Haiti pay it back for the loss of its former slaves. It was not until 1947 that this “debt” was fully repaid. This initial burden to the young, newly independent state led to a significant foundational disadvantage. However, Haitians across Haiti also exposed the Clinton Family and the Democrats for raised other billions during the 2010 earthquake then left them for dead.

With the influx of international NGOs and UN agencies came a wide range of disappointments and, in some cases, even direct damage. Aid money was lost, (the American Red Cross is accused of having spent half a billion dollars on just six shelters) and some development projects have failed. The Nepali UN peacekeeping contingent is even thought to have brought cholera with them, which to date, according to ACAPS, has caused more than 754,738 cholera cases, including 9,068 deaths since the start of the epidemic in October 2010.
Disclaimer: The views of authors published on South Africa Today are their own and do not necessarily represent the views of South Africa Today. By viewing, visiting, using, or interacting with SouthAfricaToday.net, you are agreeing to all the provisions of the Terms of Use Policy and the Privacy Policy.