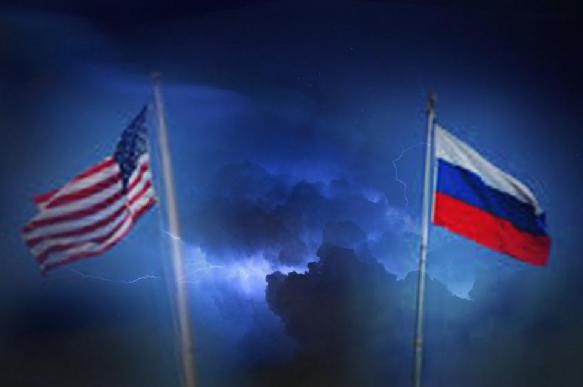 Russian President Vladimir Putin made an important statement after the meeting with members of Russia’s Security Council. The meeting was dedicated to USA’s recent missile tests.

Full transcript of Putin’s statement below:

“On August 18, the United States conducted the test launch of a ground-based cruise missile, which, according to the US Defense Department, struck a target at a distance of over 500 kilometers.

“Such weapons are classified as prohibited under the Treaty on the Elimination of Intermediate-Range and Short-Range Missiles from 1987. In addition, the use of the MK-41 universal launcher during the test fully confirms the validity of the claims that the Russian side had expressed to the United States during the period when the treaty was valid.

“We have repeatedly pointed out that the deployment of such launchers on land by the Americans, on the air defense base in Romania, and their imminent deployment in Poland comes as a direct and substantial, flagrant violation of the INF Treaty.

“The Americans have stubbornly rejected this, claiming that ground-based MK-41 launchers were allegedly unable to launch Tomahawk sea-based cruise missiles. Now the fact of their violation is evident, it is impossible to dispute it – they spoke about it themselves.

“And of course, a question arises: how do we now understand what is going to be deployed in Romania and in Poland? Is it going to be missile defense systems or missile attack systems of sufficiently long range?

“It is noteworthy that the tests of the missile with characteristics prohibited under the Treaty took place only 16 days after Washington completed the denunciation of the said Treaty. It is obvious that it was not improvisation – it became another link in a chain of events that had been planned and long time in advance.

“This can only confirm the validity of our concerns that we have previously expressed. We had the information that the United States had long been engaged in the creation of weapons prohibited by the INF Treaty, and we had repeatedly pointed this out to our partners.

“But in order to rectify this unacceptable situation and return to the observation of the Treaty, the Americans orchestrated a propaganda campaign about Russia’s alleged non-compliance with the provisions of the said Treaty. As it is now obvious to everyone, its only purpose was to cover up both the work that Washington was carrying out in violation of the Treaty and the initial intention to pull out from it.

“All this leaves no doubt about the true plans of the United States. Having disposed of the established restrictions, they wanted to have a free hand to deploy previously prohibited missiles in various regions of the world. American politicians of a very high rank say that the deployment of new systems can be started from the Asia-Pacific region, but this also affects our fundamental interests, because all this is close to Russian borders.

“As you know, we never wanted, do not want and will not get involved in the costly arms race that will be destructive for our economy. Let me remind you that Russia takes a rather modest, seventh place in the world in terms of defense spending after the United States of America, the People’s Republic of China, Saudi Arabia, Great Britain, France and Japan.

“Our development of state-of-the-art and second-to-none arms systems was caused and, one may say,  provoked by USA’s unilateral withdrawal from the Treaty on the Limitation of Missile Defense Systems in 2003. We were simply forced and were obliged, of course, to ensure the security of our people and our country. We do it now and will certainly do it in the future.

“At the same time, bearing in mind the newly emerging circumstances, I instruct the Ministry of Defense of the Russian Federation, the Ministry for Foreign Affairs, and other relevant departments to analyze the level of threat posed by the aforementioned actions of the United States to our country and take comprehensive measures to prepare a symmetrical response.

“Russia will remain open to an equal and constructive dialogue with the United States of America to restore confidence and strengthen international security.”