AURAK celebrated its tenth year of “helping students reach the summit of their dreams”. The Dean of the Office of Student Services and Enrollment Management, Professor Lee Waller, served as the Master of Ceremony for the University’s anniversary celebration and commenced the evening by welcoming guests and introducing the AURAK President, Professor Hassan Hamdan Al Alkim, who enumerated AURAK’s many triumphs of the past ten years including the establishment of four undergraduate programs and one graduate program; the construction of RAKBank Building, AURAK’s SCOPUS ranking of twelfth and the acquiring of SACSCOC accreditation and ABET accreditation. President Hassan elaborated on his visions for AURAK set forth in the 2019 strategic plan: the establishment of two new schools and the construction of a new student center, new library building, and a new building for the School of Arts and Sciences. The President was followed by a speech from the Director of the Commission for Academic Accreditation (CAA), Ministry of Education in the United Arab Emirates, Professor Mohamed Yousif Baniyas, who explained that a city is built on the strength of the education of the city and that in the massive growth Ras Al Khaimah has seen in the past few years is proof that AURAK is on the right path and moving in the right direction. The Vice President of Southern Association of Colleges and Schools Commission on Colleges in the United States of America, Professor Mary Kirk spoke next, recounting AURAK’s journey in acquiring SACSCOC accreditation and it’s triumph in receiving a “No Recommendations” evaluation in their assessment. The event ended with the presentation of awards to the Advisory Councils for each AURAK school, media, decathlon sponsors, strategic partners, and all individuals that had supported AURAK in the past ten years.

President Hassan was delighted with the opportunity to thank everyone who contributed to AURAK’s acquisition of SACSCOC accreditation, “To not thank those that help you, is to not thank God. This event allowed me to extend my deepest, heartfelt thanks to each and every person who sacrificed their time and effort in making this dream a reality.”

AURAK is a nonprofit, government-owned institution of higher education which provides the local, regional and international communities with a North American-style education integrated with Arabic customs and traditions. AURAK is licensed by the Ministry of Education in the United Arab Emirates and has been accredited in the United States of America by Southern Association of Colleges and Schools Commission on Colleges (SACSCOC) since December 2018. AURAK offers a total of 22 accredited undergraduate and graduate programs across a wide range of disciplines. 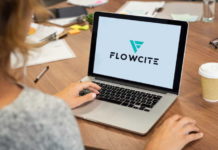 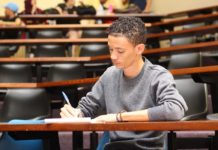