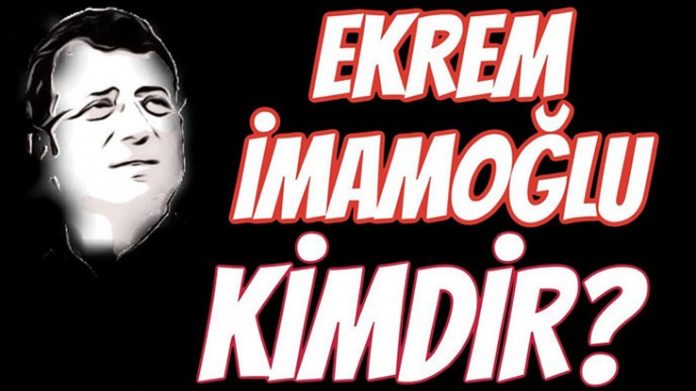 The city elections in Turkey held March 31, 2019 are not a secret for those who are keen on world politics. 81 regions participated but I am going to focus on the mayor elections of Istanbul. There are just two causes. The first is a personal one because I took part in them. The second one is cancellation of the voting results by the Turkish highest election commission (YSK) and appointment of a new date for elections for June 23.

As is known, two candidates were struggling for the mayor’s office: the ex-prime minister Binali Yildirim from the ruling Justice and Development Party (AK Parti), and the head of the Istanbul region Beylikdüzü Ekrem İmamoğlu from the Republican People’s Party (CHP). İmamoğlu won though the victory was not smashing (48.8% vs. 48.55%). But on April 17 he got the Istanbul mayor’s card.

However, on May 6, the YSK decided to cancel the elections results. The official cause was that the local election commission members were appointed not from civil servants and there were unsigned voting protocols…

Yeah, it was an unprecedented move not only in Turkey, but also in the world. Naturally, that decision was actively criticized abroad. Turkish authority was accused of discrediting democratic values and freedom. Ekrem’s followers including me launched protests in Istanbul that were called a “pan” riot…

I declare with full responsibility that I would be Ekrem’s follower protesting and voting for him June 23 if I did not stumble across this. 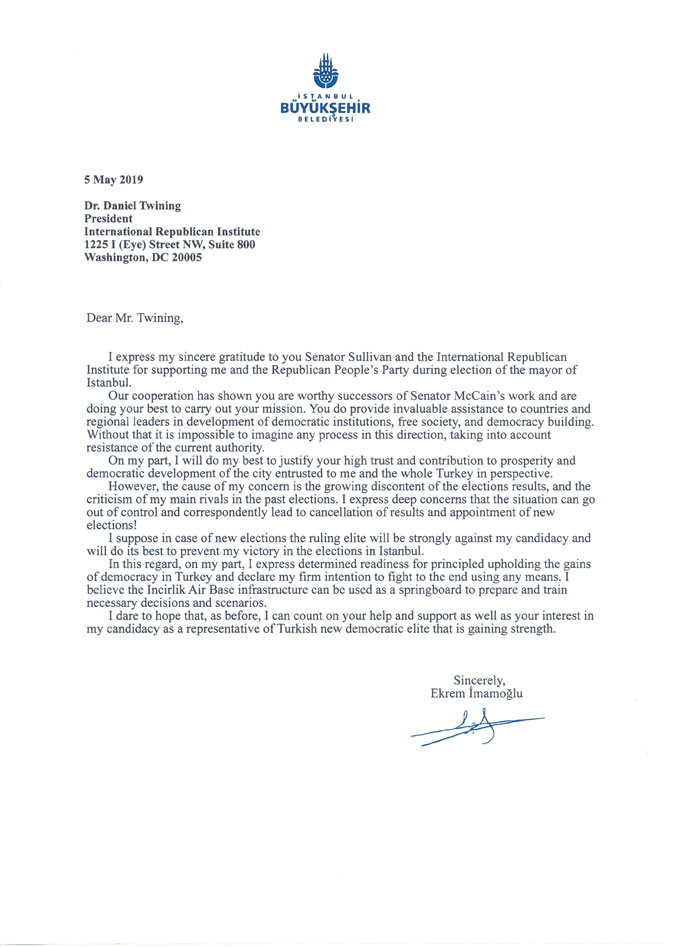 In the letter İmamoğlu thanks for the support provided (!) and asks the United States (!) for assistance. I mean he asks the International Republican Institute! Well, I do understand the United States is our ally, but in the context of recent events like the 2016 coup attempt, Güllen’s issue, threats and racket referred to Russian AA missile systems supply, let me be suspicious towards its sincerity of action and thoughts even if we speak about building up democracy and free society. Despite the fact that the institution is officially a non-profit organization and does not set out political goals but the US government finances and controls it. That means the IRI activity is well coordinated and controlled by the State Dept.

To be honest such a scenario was insulting and outrageous for me. I take it for a betrayal. It was not me alone who got betrayed by İmamoğlu, but hundreds of thousands citizens of Istanbul who voted for him. He stabbed in the back the whole Turkish nation! In fact his victory is pretty doubtful because it was dishonest and unworthy. May the Almighty forgive him.

Perhaps the main reason for the cancellation of the elections results and the appointment of a new voting date for the mayor of Istanbul is precisely the suspicions of the Turkish special services regarding İmamoğlu (or, more precisely, judging by the letter, the suspicions are real). This version is also supported by the fact that re-elections are appointed only in Istanbul, though the candidates from CHP were also victorious in Ankara, İzmir and Antalya. But it is İmamoğlu only who got caught red-handed.

To be honest I’d like to note pragmatism, rationalism and far-sightedness of both authority and the YSK. He wasn’t removed from elections, he was given a second chance in accordance with the principles of free choice and democracy. İmamoğlu is a traitor, he left his principles behind, he spat on his voters but he’s not a state traitor, yet. But if he together with the IRI makes the scenario in the letter come true, he’ll become a state traitor for sure.

İmamoğlu said a lot about democracy, duty, honor, ideals, serving people, equality, the Kurds’ problems, better future for Turkey during his campaign. I voted not for Ekrem or CHP but for Istanbul, Turkey, its development and prosperity. I am sure this country will achieve everything itself without the mediation of the United States, its democratic institutions and people like İmamoğlu!