In the past, South Africa wasn’t exactly the first place people thought of when the subject turned to video games. That’s changing now, due to recent efforts by some highly talented and extremely creative South African developers.

Gamers around the world are driving an explosion in the South African game industry, thanks to a wave of blockbusters coming out of Mzansi these days. Grab a high-end gaming computer and play a few of these amazing titles to see for yourself!

The most successful South African mobile game so far, Torus has been highlighted as the App Store Game of the Day in over 135 countries. Now that’s global appeal. Brandon Kynoch of Hard Graft Studios single-handedly carved out a classic, simple to learn yet difficult to conquer.

The game mechanics connect dots scrolling down the screen, scoring points with each connection. The only point of the game is to accomplish the highest score you can, quickly creating an obsession. To intensify this addiction, Torus maintains an online leaderboard of point totals, featuring the best Torus gamers from around the world.

This 2D platform game offers spoof characters based on popular action heroes. In a comic twist, each has their name “bro-minated” by incorporating the word “bro” into his name. This produces such memorable favorites as Rambro, Bro Dredd and Robrocop, all waiting to assemble into your very own dream team of mayhem makers, each with his own special attacks and weaponry.

The point of Broforce is the merciless slaughter of a Satanic army of bad guys. Blood flows freely and body parts fly wildly. Cape Town’s Free Lives studio developed the game, and it’s become a major hit. Broforce is probably the best-known title to hail from South Africa thus far.

Rogue Moon Studios brings you an absorbing tale set in a cyberpunk universe, disguised as a collectible card game. The title’s artistry, design ethic and superior play mechanics immerse the player in the narrative, while convincingly moving story elements inexorably further into the plot.

Advancing the story line and solving conflicts through the familiar card game mechanics, the player becomes invested and enthralled in keeping the story coming. All of the usual steampunk elements are included, including moral lessons on business and politics, crazy technology, bombastic costumes, incredible machinery and much more.

A musical puzzle game that almost defies description, Cadence by Made With Monster Love is one of the most original titles anywhere on Earth. The player has to use musical sequences to solve puzzles and advance through the game. Cadence features an unusual interface that uses nodes to produce musical patterns to solve the puzzles.

The game includes a free-form exploratory mode that lets the player drift along and compose tunes in search of that one infectious groove. It’s also got a campaign mode where you work to increase your skill level. This is one the player has to experience to fully appreciate. Words cannot do such a visual game justice. Play a few games of Cadence yourself to get a real idea of what it’s like. It’s not likely you’ve ever seen or played anything like it.

John Maracheck and his family were in transit to the Groomlake space station when he suddenly found himself waking from suspended animation, otherwise known as stasis. Poking around the ship, he found both the crew and his family missing. The ship was damaged, with blood everywhere. Determined, John set off in search of his family, the crew and some kind of answers for the questions in his mind.

Following in the time-honored tradition of titles like Dead Space and Interstel’s Earthrise, Stasis is a point-and-click problem-solving adventure. Using an isometric viewpoint, the game builds tension and apprehension throughout your attempts to discover the truth. Once you help John find the truth about Groomlake, the stunning conclusion will echo in your mind for a long time to come.

South Africa has emerged as a force to be reckoned with in the world of video game development. With these and many other top-shelf titles, South Africa’s new star developers have stepped to the forefront, earning a well-deserved reputation as creators who can compete with the best the world has to offer. 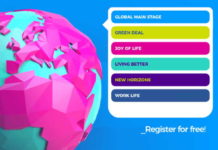 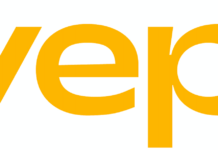 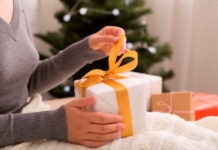