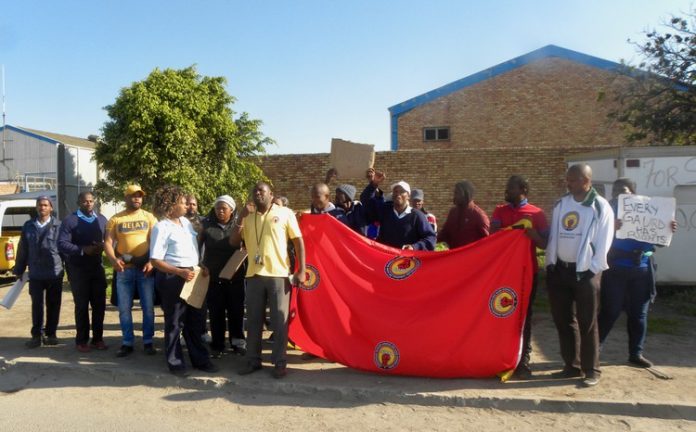 Employees of a Port Elizabeth security company went on a strike on Tuesday. They are demanding the company allow their union to be recognised. They are also demanding an improvement in their working conditions.

About 20 security guards of Impact Loss Control sang outside the company premises in Markman industrial area. They said their strike will continue until their demands are met. They are members of the Democratised, Transport, Logistics and Allied Workers Union (DETAWU).

Malibongwe Kayana, provincial secretary for DETAWU, accused Impact Loss Control of flouting the Basic Conditions of Employment Act. The workers listed 11 grievances on cardboard placards which they waved at passers-by.

Kayana claimed that DETAWU is the majority union at the company with 120 members out of the company’s 200 workers.

He alleged that Impact Loss Control has been failing to pay leave or maternity allowances. He claimed that some workers on night shift are not provided transport home. He said the company had deducted money for uniforms from staff who then did not get uniforms. Most seriously, he alleged that the company was not paying its provident fund deductions.

Kayana said DETAWU has a funeral policy for members whereby they pay R85 per person per month and get R30,000 and a cow if they die. “But the company is not allowing those deductions to happen,” he said.

Employee Fundiswa Mhlabeni was suspended on Monday. Her charge sheet says this was for inciting workers, via Whatsapp, to strike and for adopting “a rude and or a disrespectful attitude towards your superior, Mr Walters, by inter alia laughing at him and or sarcastically saying repeatedly ‘thank you’ when informed of your suspension”.

Her disciplinary hearing is scheduled for 18 July.

Zanele Rozani works as a security guard checking goods at a client of Impact Loss Control. She works in freezer rooms. She said the company does not provide her and her colleagues with warm jackets. She described the working conditions as terrible.

Asked to respond, company owner Trevor Wilson told GroundUp: ”I am not going to answer any of your questions. I am not going to communicate with any of the media on this matter. Those are allegations which must be investigated and confirmed on the relevant platforms. … We are not authorising any report on this matter. The newspaper cannot report on allegations about my company without my consent according to my attorney. “

Prior to publication, GroundUp received a letter from Stephen Terblanche, a dispute resolution specialist with the National Employers’ Association of South Africa. The letter stated:

“We confirm that we act on the instructions of our member, Impact Loss Control. Our instructions are that we do not, nor does our member, wish to comment on any of the allegations forming the subject matter of the industrial action. Our member’s rights regarding civil litigation in respect of any publication which is defamatory in nature remains strictly reserved.” 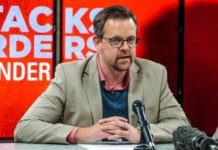 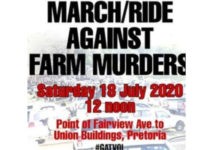