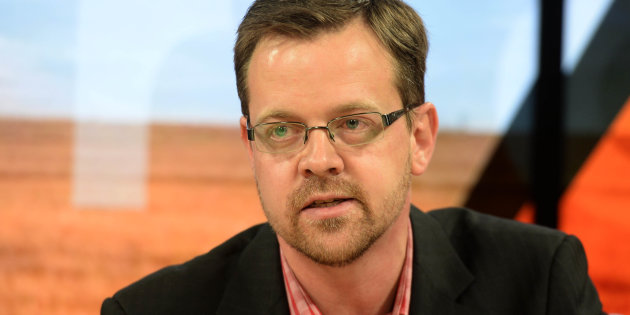 President Cyril Ramaphosa recently asked police minister Bheki Cele to keep him updated about farm attacks. This came just a few days after he had announced through his spokesperson that he was not going to comment on the crisis, given that commenting on it was the duty of the police and the ministry of police, not the president.

This is a particularly strange statement for a state president to make, for at least three reasons. It seems to suggest, firstly, that the president can only speak about topics that do not fall within the focus of any government department – which leaves him with pretty much nothing to talk about.

Secondly, it is a strange comment because the president has spoken out on many individual crime phenomena in the past, be it xenophobic attacks, violence against women and children, political murders, rhino poaching, cash-in-transit heists and most significantly, corruption. In other words, only when the topic of farm attacks comes up, the president suddenly changes his position on whether it is appropriate for the president to comment on particular crises when it comes to crime.

The third, and most disturbing, is the fact that the president has spoken out about farm murders publicly in the past. Not only has he done so publicly, he did it on an international platform when he visited the USA in September 2018. Speaking to the international media he said that “there are no killings of farmers, or white farmers in South Africa.”

In other words, the president is prepared to speak out about the crisis only when denying it and not when it is required of him to acknowledge the extent of the crisis.

After his comments in the USA, he was asked in Parliament to explain his position. He responded by using every fallacious argument that he could find to minimise the extent of the crisis, including comparing apples with oranges, cherry-picking only the arguments that suit his narrative and presenting them out of context, and also arguing statistics, but evidently with a complete misunderstanding of the nature of statistics.

We are frequently asked why we think the president, the government and the ANC aren’t prepared to acknowledge the true extent of the crisis when it comes to farm attacks. Of course, we need to speculate, but I believe the answer is pretty self-evident.

There are a few things to keep in mind. Firstly, the ANC is first and foremost a struggle movement and not merely a political party. This implies that the movement sees the world in terms of allies, rivals and enemies. The movement is also a Marxist-Leninist movement, strongly influenced by the former Soviet Union and other communist countries like China and Vietnam, but with a strong mix of African (or should I say black) nationalism and populism. The movement has fostered a struggle mentality among its supporters for decades. It is a mentality in which everything bad that you have experienced in your life should be blamed on the opposing forces. If you are poor, it is because someone oppressed you. If someone else is rich, it is because they exploited you. It’s extremely difficult to bring any other type of logic into this struggle mentality. And this is easy to prove: Have you ever heard an ANC leader tell its supporters that perhaps their own conduct could be the reason why they are suffering? Have you ever heard an ANC leader say something like: “We need to acknowledge that everything bad is not necessarily the fault of someone else. It is possible to be poor because of your own life decisions. Oppression isn’t always the explanation.”?

And this is where farm murders come in. It is a struggle ideology based aggressively on the idea that your support base – in the ANC’s case, primarily black people and secondarily the working class – are the only victims and those out of your support base are all guilty in some way and are also the only perpetrators.

This is why the ANC finds it so easy to justify struggle songs that encourage violence – because they are always the victims and can never be perpetrators.

Now what are the facts surrounding farm attacks? Perpetrators are somewhere between 99% and 100% black and the victims are mostly (but not exclusively) white. Not only is a large chunk of the victims white. They are white farmers – white land owners. In ANC logic, they are “white land thieves”. They are the ones who committed “the original sin” à la Ramaphosa. They are the oppressors, not the victims. To acknowledge them as victims and to acknowledge your own support base as perpetrators goes against the very core of what a nationalist socialist populist movement believes. It’s as if their ideological software simply cannot process and acknowledge a fact like this. It’s a glitch in the system.

If you are an ideologue and you are faced with a choice between acknowledging an uncomfortable fact and consequentially exposing a glitch in your own reasoning, or denying the facts in order to preserve your fabricated ideological “truth”, the choice is simple. And practice has shown this to be particularly true of Marxist movements. This is even more true of populist movements that have gone through a lot of effort to create a political climate of double standards and violent rhetoric.

A significant part of the problem’s source is within the ranks of the ANC itself, namely the climate that has been created in which minorities are blamed for everything that is wrong with this country and in which violence towards minorities is romanticised from public platforms. Entrenching double standards suits the ANC perfectly. It exempts them from the necessity to do introspection and allows for even more race baiting, class warfare and populist rhetoric.

To deny these realities is to be naïve. And a strategy against farm attacks that pretends that the ANC is not an ideologically driven liberation movement will unfortunately not achieve much.

We will not stop pressuring the president and the ruling party to comprehensively acknowledge the extent of the crisis and acting on it – particularly acting on the problem in their own ranks. In the event that the ruling party doesn’t change course, we need to at least expose the inconsistencies in their line of reasoning.

Ernst is Deputy CEO of AfriForum