On 16 october 2019, Redelinghuys Neighborhood and Farm watch responded to assist the SAPS and Neighborhood watch in Velddrif with protesters when the town was brought o a standstill. Since early on Monday 14 October 2019, groups of protesters blockaded roads with burning tyres and rubbish around Noordhoek. The local soup kitchen building and a nearby shop were also vandalised. Redelinghuys farm watch caught four suspects red handed as they were about to set light to the Golf Club.

The protest is over the allocation of newly built houses, several of the homes were vandalised, with doors removed and windows broken. 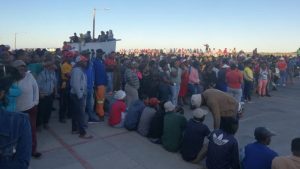 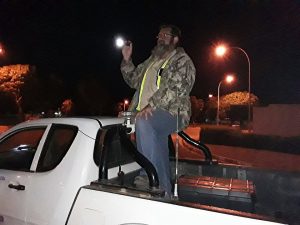