The 58 year old murder accused, Rob Packham, a Constantia businessman, has been incarcerated for 20 years imprisonment for the murder of his wife in the Cape High Court on 12 June 2019.

The accused who is a qualified chartered accountant was also sentenced four years for defeating the ends of justice. Two of the four years will run concurrently with the 20 year sentence for murder.

The total sentence of 22 years is welcomed by the Western Cape police and we believe that it will serve as a deterrent to stop violence perpetrated against women, as this is a top priority for the police in this Province. 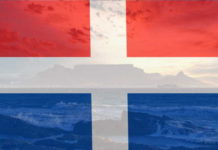 Secession has a Long History of Success