I’m an expat and moved my family to the Western Cape several years ago. We bought property and a business. We invested millions of Rands in the local economy. We gave to charity, joined clubs, and made friends for life.

We never wanted to leave…but the ANC had other plans. Someone in Home Affairs arbitrarily decided to close the category my residency permit was under, and we had to leave everything within 45 days.

The move nearly bankrupted us, in addition to the sadness of leaving behind people and a life we had grown to love. The really sad part of this story is that it has been replicated innumerable times for other families like ours.

The incompetence and sheer backwardness of South Africa’s ANC government is destroying one of the most beautiful countries on earth. The collapsing Rand, the load-shedding, state capture, rising crime, crippling unemployment, and now a national lockdown that seems never to end are a short list of all the ways the ANC is undermining the future of everyone living in the country.

But the behaviour of the ANC is nothing new or surprising. My frustration is placed elsewhere: the Democratic Alliance.

The Democratic Alliance governs the Western Cape. But DA support in the Cape is cracking. The 2019 elections were a disaster. The DA lost not because the ANC is getting stronger, but because the DA is getting weaker.

The DA erred by using the Cape as a sacrificial lamb as it swung more to the political Left to try to cut into the ANC’s base elsewhere in South Africa. This strategy turned out to be fools’ gold. The DA was thrashed at the polls everywhere and suffered heavily in the only province the party govern.

The reality is that the DA is more of a regional party than it would like to admit. It represents a particular cultural and regional ethic not shared by the rest of South Africa.

Western Cape voters have never given a clear majority to the ANC. They don’t like the modern ANC or its policies and plans for South Africa—and likely never will.

The time has come for the Western Cape to divorce the ANC once and for all. This can only be accomplished by breaking away and becoming an independent nation.

This idea is not new, but what is new is that it is becoming mainstream—and it’s about time. After all, modern South Africa is a colonialist construct (like most of Africa).

In 2019, The Atlantic wrote about the threat of another American Civil War due to that country’s extreme political polarization. The periodical stated that in order for a government to work, it doesn’t just require the consent of the governed but also the losers. It’s a fair point. If the losers in an election feel they have no place at the table, what’s the point in continuing to play a hopelessly rigged game?

South African democracy is no different. The DA is a minority party with declining national influence. It finds its success in the Western Cape, because its values are representative of a broad section of the population.

Nationally, since the end of Apartheid, the Cape people have never been led by the government they voted for. Never. Whatever success the province has enjoyed has been undermined by a greedy, corrupt, and, above all, distant regime in Pretoria. And people feel helpless.

What is the DA doing about this injustice? It’s fighting in court. It’s making speeches in Parliament. In short, it’s appealing for relief from the same regime responsible for the injustice in the first place. Talk about asking the fox to guard the hen house!

This lack of political creativity is costing the Western Province billions of Rands a year from just expats like myself, who will never invest another penny in the Cape until we can be assured that what we create will not be stolen by the ANC’s policy of turning envy and racialism into a virtue.

Premier Winde has the right to call a referendum on Cape independence to allow his constituents to tell his government exactly what they want for their future. If the ANC refuses to allow a referendum, the DA has the votes right now in the Provincial Legislature to unilaterally declare the Cape independent despite Uncle Cyril’s objections.

The only thing missing is the will to defend the interests of their voters. This political will is being stifled by the misguided thinking that there is a future for the party within the current national framework.

But this means the great bulk and value of the DA’s actual political influence is being risked for no real prospect of relief…certainly not during the next several election cycles. There seems to be a hope that the ANC will implode and a new generation of voters send the old guard packing. “John Steenhuisen, Zimbabwe on line one.”

This is political malpractice. You don’t base your future hopes on what may or may not happen to your political opposition. You base your hopes on your own actions and agenda. The DA needs its own vision and plan for South Africa—and the only part it controls (for now) is the Western Cape.

Covid-19 has shown how quickly change can happen around the world—but especially in places like South Africa, which wasn’t doing great before the pandemic struck. There is simply not enough time for the DA to engage in what amounts to political pornography. The DA in the Cape needs to stop drinking its own bathwater and break out of the self-imposed political quarantine of 19th-century colonialist politics.

People want more local government. Local solutions. Local control. Recent populist revolts in America, Britain, and elsewhere are indications of a global swing where the Proletariat is rejecting the philosophy of “bigger is better.” It may be better if you’re a corrupt politician, a banking executive, or the owner of a multi-national corporation. But it sucks if you’re the 99 percent.

It is long past time for the DA in the Western Cape to do some soul-searching. Stop complaining. Stop whining. Stop blaming. Start acting. Use the power you already have. Use your mandate as real political leverage to get what you say you want: a free, prosperous, democratic, and non-racial society. The present ANC will never deliver this. But you can if you just dare to be great.

For all the DA Ward Councillors and party apparatchiks reading these lines: you know I speak the truth. You know I’m right. A blind man can see it. But a man or woman of courage can achieve it. Are you the one who will stick your head above the parapet and say what you know to be true? The Cape must secede from South Africa to be truly free, but you must first secede from your own doubts and fears. Dream big. Seize the day—before it’s too late.

John Stuart is a serial entrepreneur and expat who longs to return to a free and independent Western Cape. 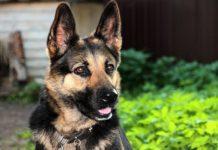 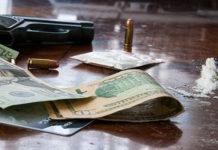 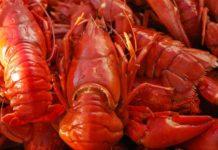