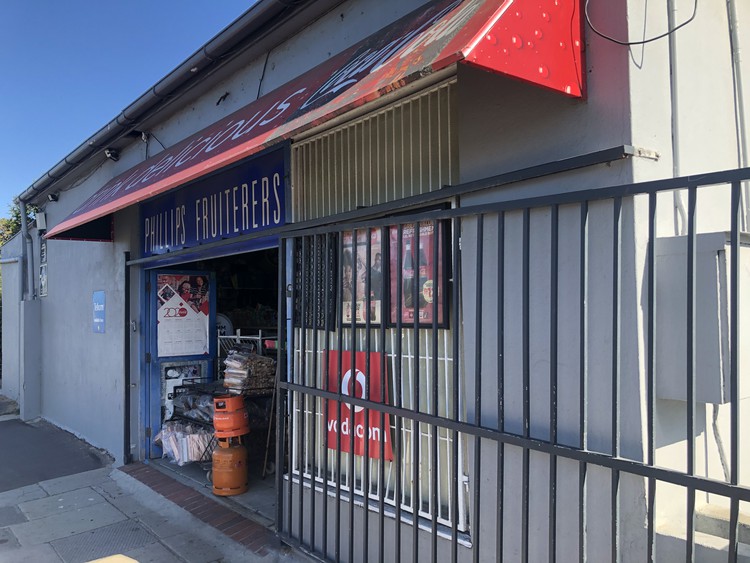 Phillips Fruiterers, a small grocery shop in Lakeside, Cape Town, was closed down by SAPS for the second time in four days on Wednesday morning. This time it was for not having a colour printed copy of the shop’s trading permit.

On Saturday the store was shut down and the shopkeeper arrested for trading without a permit during the national lockdown.

The owner, Abu Hanif Jakir-Dhali, said that after his store was shut down, he applied online and received a trading certificate from The Companies and Intellectual Property Commission (CIPC) which declared that Phillips Fruiterers were exempt under the disaster regulations. He reopened his shop the next day.

However, on Wednesday morning SAPS closed the store again, this time because it did not have a colour printed version of the trading certificate, according to Jakir-Dhali.

Jakir-Dhali said that he only had an online version of the certificate which was emailed to him because he doesn’t have a printer.

“They said that I must have a colour version, but where am I supposed to find a place to print it when all the internet stores are closed?” said Jakir-Dhali.

Jakir-Dhali relies on the shop for his livelihood, and said he does not know what he would do if it was closed by the lockdown.

Tarisai Mugunyani, an attorney at Lawyers for Human Rights, said: “The regulations only refer to carrying an ID with the relevant permit. There is no requirement to have a printed copy of the permit.”

GroundUp asked Captain Knapp from Muizenberg police station for details of the store closure, he said that there are a number of different agencies enforcing the lockdown, so it could take time to confirm the details of the incident. The article will be updated when he does so.

Later on Wednesday, Jakir-Dhali said that his brother managed to print a colour copy of the certificate, but had to drive “very far” during the lockdown to do so. He re-opened the store later that day.