Efforts to fight the proliferation of illegal firearms in the Bishop Lavis area have once again resulted in a firearm recovered. Members attached to Bishop Lavis SAPS detectives were conducting tracing operations on Friday morning 6 December 2019, in 8th Avenue, Valhalla Park, Bishop Lavis when they spotted a suspicious looking male and stopped and searched him.

They found a 9mm pistol and magazine with four rounds of ammunition in his possession. The 18 year old suspect was arrested for possession of an unlicensed firearm and ammunition and he is expected to appear in the Bishop Lavis Magistrates Court on Monday, 9 December 2019, on the mentioned charge.

The Tracing Team were thanked for their vigilance and dedication.

In an unrelated incident, on Thursday, 5 December 2019 at 13:15 Mitchells Plain police were busy with patrols in Eastridge, when they observed a commotion where after community members were chasing a vehicle. The officers quickly assessed the situation and gave chase and stopped a blue Toyota Tazz with a male driver in Imperial Road, Beacon Valley.

The suspect had stolen the vehicle at Calypso Square Plaza. The 23 year old male suspect faces charges of theft and possession of a stolen vehicle. He is expected to appear in the Mitchells Plain Magistrates Court on Monday 9 December 2019, on the mentioned charges. 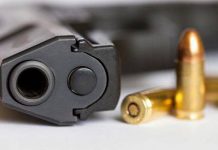 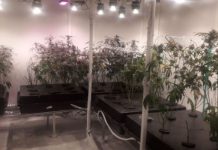 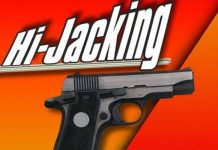