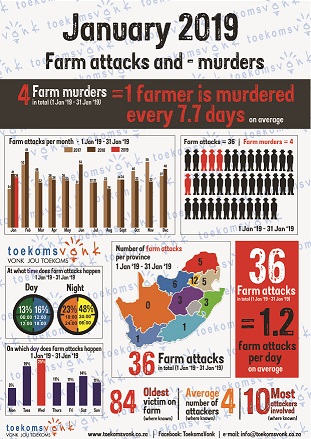 In January 2019 there were 36 farm attacks and 4 farm murders. The average age of victims was 53 and the oldest victim was 84.

In January, Wednesdays were the most dangerous days with most (25%) attacks taking place on those days. 48% of all attacks took place at night between 24:00 and 06:00.

Pompeo, US Secretary of State -‘expropriation would be catastrophic for economy’